Explore India's rich historical heritage, architectural wonders and legacies of spiritual knowledge and classical arts on this amazing 7 day India Golden Triangle & Mumbai Tour. Your tour will visit the Indian states of Delhi, Rajahstan, Uttar Pradesh and Bombay to include the most prominent destinations in Northern India.

Visitors will taste the colors and spices of India on this 8 day Golden Triangle & Mumbai Tour consisting of Delhi, Agra, Jaipur & Mumbai. Visit some of the most iconic landmarks in the world from temples to palaces to modern marvels in the Delhi and Mumbai.

On your guided journey you will see the renowned Taj Mahal, an iconic and beautiful ivory-white marble mausoleum, built by Emperor Shah Jahan in memory of his beloved wife Mumtaz Mahal. In Rajahstan you will make the ascent to Amber Fort, once the residence of the Rajput Maharajas and greatly influenced by Mughal architecture. More exciting visits include the Red Fort, Jama Masjid, Qutub Minar, India Gate and the abandoned city of Fatehpur Sikri.

In Mumbai you will visit the Gateway to India, Mumbai's principle landmark, erected on the waterfront in 1924 to commemorate King George V's visit to Mumbai. You will also see various landmarks around the city and also the 'Dhobi Ghat', an open laundry  where Mumbai's 'dirties' are scrubbed, bashed, dyed and hung out to dry -  a nice photography stop well worth a visit. 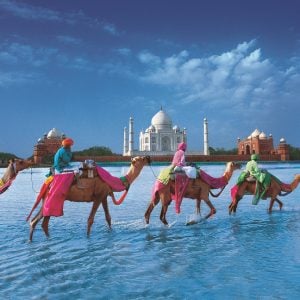 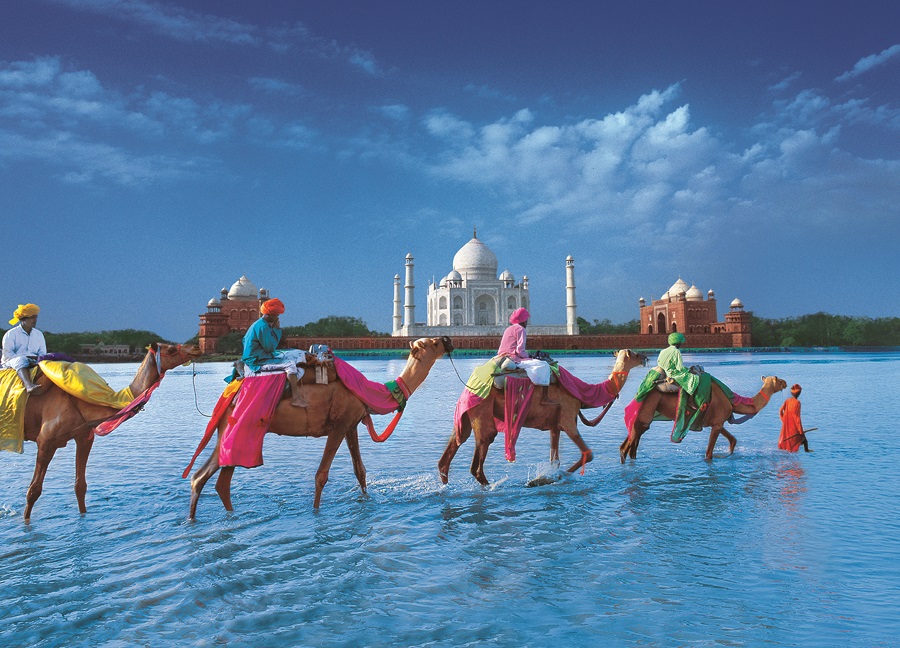 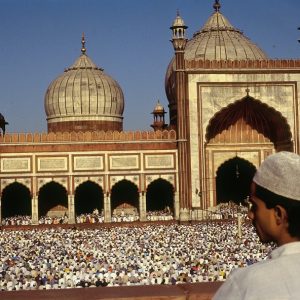 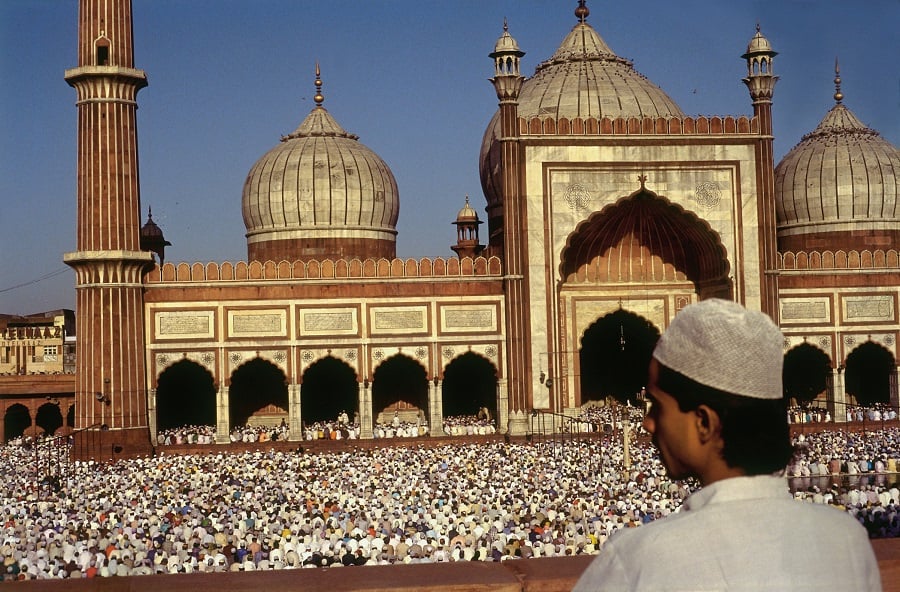 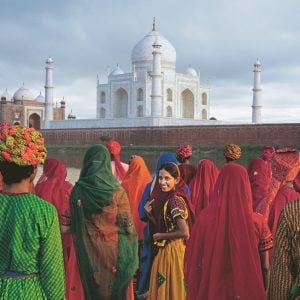 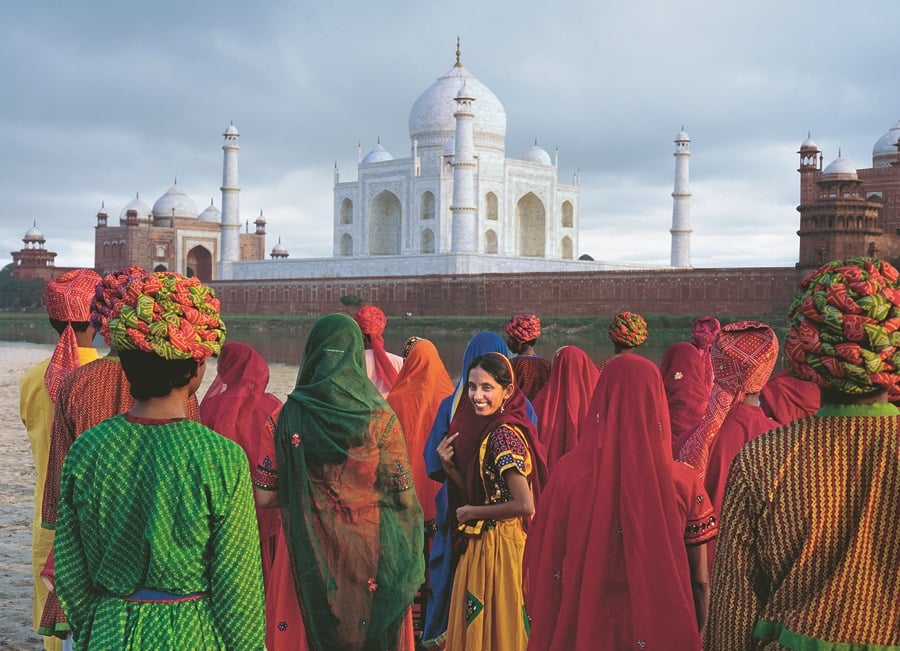 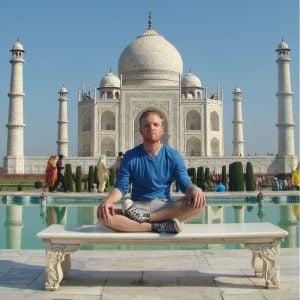 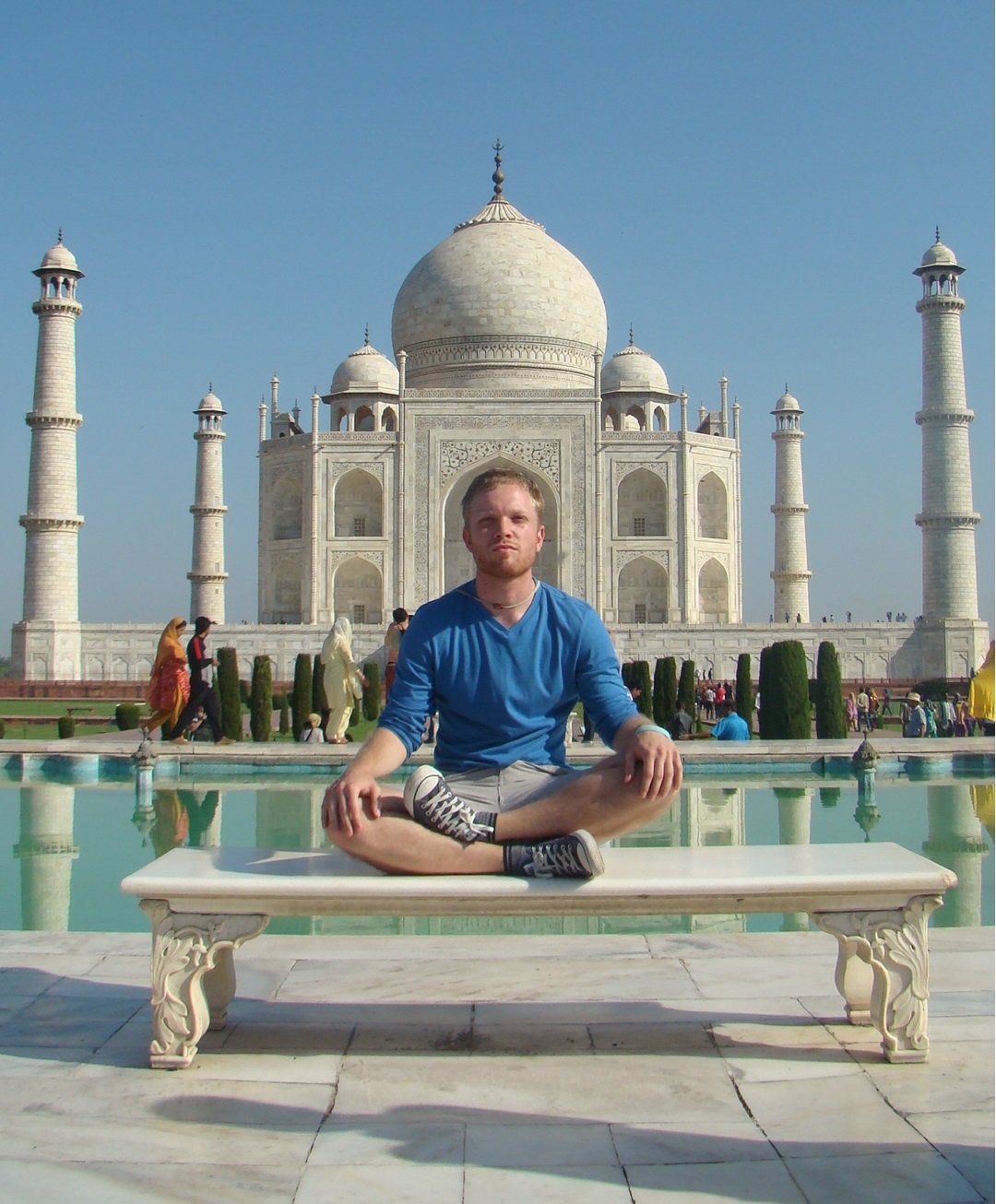 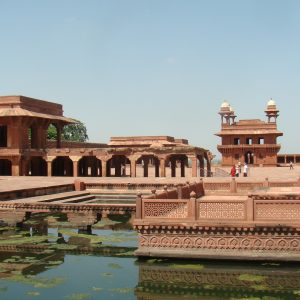 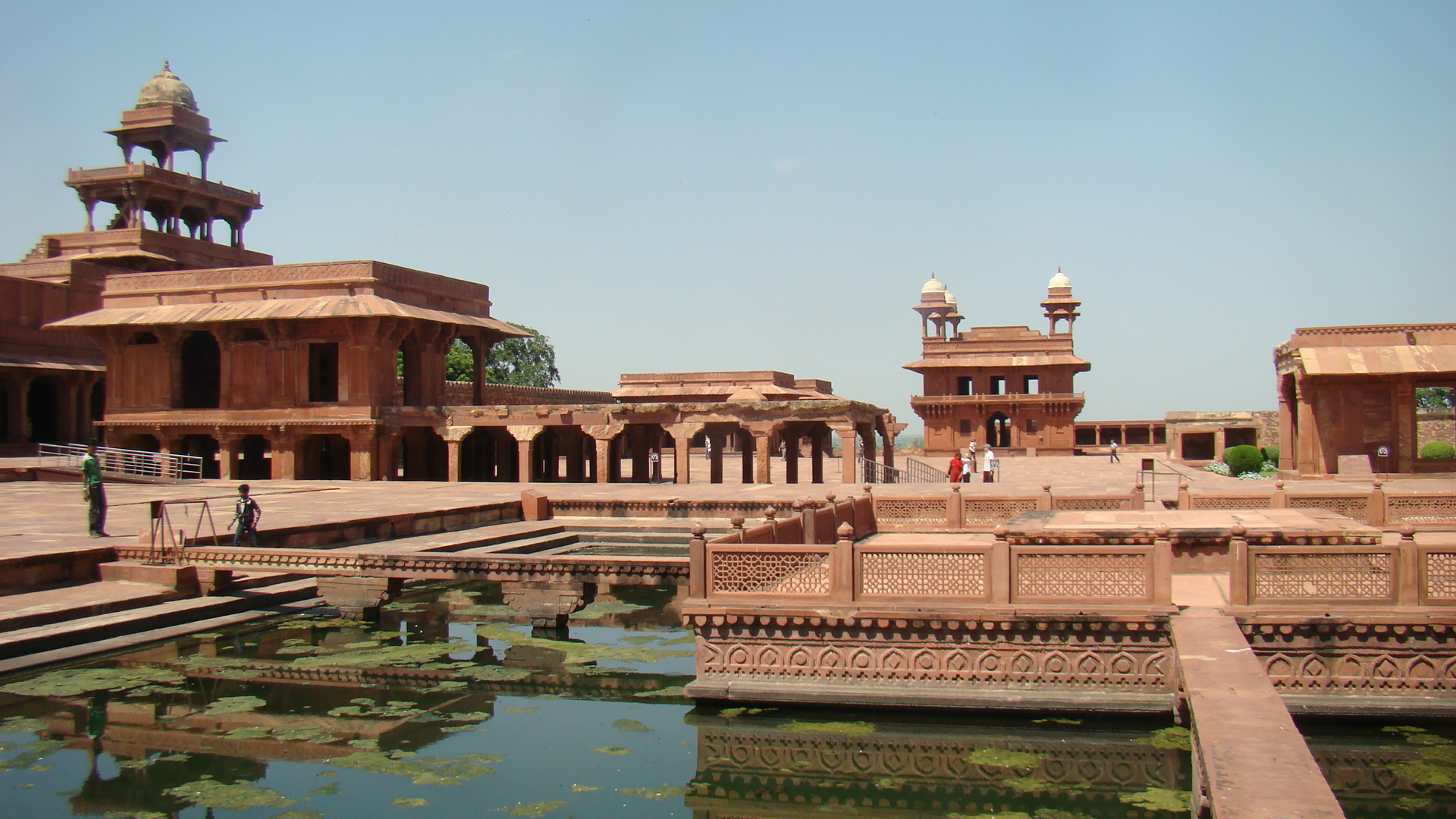 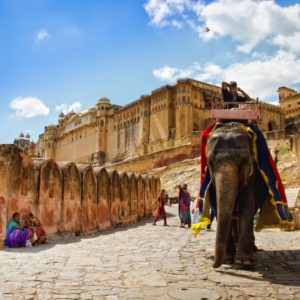 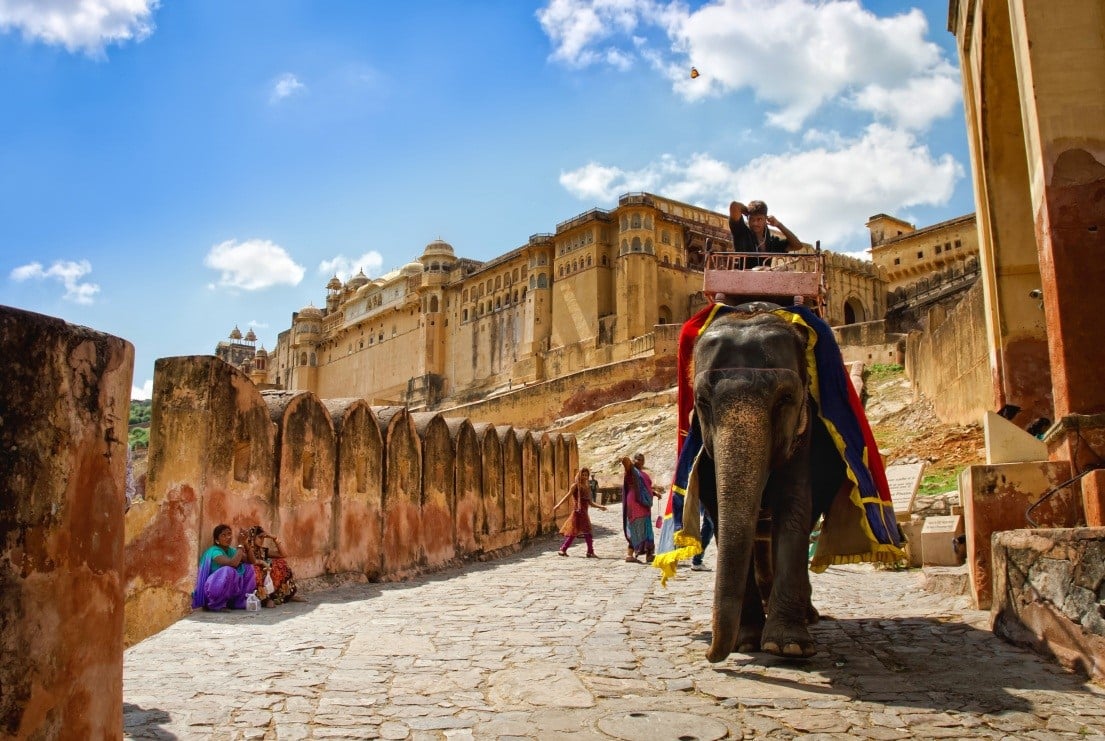 We welcome you in the capital city of India, for a journey across the fascinating history-markers of medieval north India. Wars were fought and rulers changed in Delhi but ordinary lives were lived in relative continuity. Glimpses of these can be seen even today as the character of the city underwent massive changes in the last decades. In the lands fabled to have seen seven cities, signs of the old are continuously jostling with the new, presenting an ever-fascinating panorama. We welcome you to its chaos and stability, into its steadfastness and its impatience and into a delightful rainbow of amalgamation, producing a world completely its own.
Rest of the day is free for own activities

Delhi, the towering capital city of the independent and largest democratic country in the world: India. Delhi is located and sprawled on both banks of Yamuna River. The city is enriched with culture, architecture and human diversity, Delhi city is a blend of the ancient past of India with the vibration of the modern world. The city designed by the British architect Sir Edwin Lutyens (1869-1944) & is tree-lined & spacious. Legend has it that the Pandavas of epic Mahabharata, the august heroes, founded Delhi around 1200 BC & the name of the city was Indraprastha.

Day 3 - Delhi – Agra
Today after your breakfast, you will proceed to Agra. Agra is a city on the banks of the river Yamuna The city finds mention in the epic Mahabharata where it was called Agrevaṇa, or 'the border of the forest'. Legend ascribes the founding of the city to Raja Badal Singh (around 1475), who’s fort, Badalgarh, stood on or near the site of the present Fort. However, the 11th century Persian poet Mas'ūd Sa'd Salman writes of a desperate assault on the fortress of Agra, then held by the Shahi King Jayapala, by Sultan Mahmud of Ghazni.

Upon arrival in Agra you will straight proceed to visit Taj Mahal  which was built in the middle of the 17th century by the Moghul emperor Shah Jehan for his wife Mumtaz Mahal. Later  proceed to visit the red sandstone Agra Fort which stands like a crescent on the banks of Jamuna River enclosed by forbidding 20-meter high walls, with a 12- meter moat between them.

Day 4 - Agra – Fatehpur Sikri – Jaipur
Today after early breakfast, drive to Jaipur.  Jaipur also popularly known as the Pink City, is the capital and largest city of the Indian state of Rajasthan. Founded on 18 November 1727 by Maharaja Sawai Jai Singh II, the ruler of Amber, the city today has a population of more than 3.9 million. Jaipur is one of the finest planned cities of India, located in the semi-desert lands of Rajasthan. The city which once had been the capital of the royalty now is the capital city of Rajasthan. The very structure of Jaipur resembles the taste of the Rajputs and the Royal families. At present, Jaipur is a major business centre with all requisites of a metropolitan city.

En-route visit Fatehpur Sikri. This deserted red sandstone city was built by the Great Mughal Emperor Akbar as his capital and palace in the late 16th century.  It was abandoned soon after it was built when the local wells went dry and it remains today in much the same condition that it was over 300 years ago. A town larger than London when it was originally constructed, it is now an extraordinary place to wander around with its buildings in near perfect condition.  ( Min 02 hours)

Day 5 - Jaipur
This morning you will drive 11 kms in the outskirts of the city to visit Amber Fort for a guided tour. The ancient capital of the State until 1728. Visit the Hall of Victory or Jai Mahal, Jagmandir and it has halls of Public and Private audience, a Sheesh Mahal (hall of mirrors) various marble palaces which are marvelous examples of ancient Rajput architecture. The Temple of Amba (Mother Goddess), the patron deity of the Royal family is at the entrance to the palace.

After sightseeing of Amber Fort, return to the city for sightseeing tour and visit the Observatory, the Palace of Winds and the City Palace and Museum. The museum has an interesting textile section, which contains dresses and costumes of the former Maharajas and Maharanis of Jaipur. Hawa Mahal (Palace of Winds) - built in 1799 by Maharaja Sawai Pratap Singh, and designed by Lal Chand Usta in the form of the crown of Krishna, the Hindu god.  Overnight at the hotel

Day 6 - Jaipur – Mumbai
Today on time, transfer to Airport to connect the flight for Mumbai. Mumbai - Situated on a peninsula, halfway up the west coast of India, Mumbai, formerly known as Bombay, is the capital of the Indian state of Maharashtra. Of the four great cities of India, Mumbai is the most cosmopolitan, spearheading India's move into the 21st Century. The word Mumbai is derived from Mumbadevi, the patron goddess of the Koli fisher folk, the oldest inhabitants of Mumbai. Mumbai is also the country's financial powerhouse, the nation's industrial heartland, and its economic nerve centre. It is also the seat of the glamourous world of Bollywood Cinema. Dazzling shopping arcades, exciting sport activity, night clubs and discotheques, theatre and music

Meet & assistance at Airport and transfer to hotel. Upon arrival check in, in the hotel.

Day 7 - Mumbai
Today after your breakfast you will proceed to visit Gateway of India, Mumbai's principle landmark.  This arch of yellow basalt was erected on the waterfront in 1924 to commemorate King George V's visit to Mumbai in 1911.  Drive pass the  Secretariat of Maharashtra Government and along the Marine Drive which is fondly known as the 'Queen's Necklace'.  Visit Mani Bhavan, where Mahatma Gandhi stayed during his visits to Mumbai.  Drive past the Victoria Terminus, the principal railways station of Mumbai, a beautiful building that symbolise the ethos of the Edwardian architecture, well worth a  photo stop. At the Church gate station  see the Dabbawala’s- a unique tiffin delivery service run by over 5000 semiskilled workers of delivering lunch to corporate executives from their homes. Visit the 'Dhobi Ghat', an open laundry  where Mumbai's 'dirties' are scrubbed, bashed, dyed and hung out to dry -  a nice photography stop well worth a visit.   Visit the Iskon Temple devoted to Lord Krishna in time for the noon aarti and then continue to the colourful Crawford market and Flora fountain a large bustling square, in the heart of the city.