My experience of the Cape Peninsula Tour

Departing the Hotel
The driver collects guests between 07h00 – 08h00. Make sure you have your breakfast early and be ready for pick up 10-20 minutes before, as the driver will try and collect all guests as quick as possible to start the tour and fit as many sites in as possible. For the accommodation in the city, I recommend the Lagoon Beach Hotel. It’s in a quite area close to Table View, with a postcard view of Table Mountain and the city. Great for families and visitors that prefer a more peaceful stay. It is however a 15 minute drive away from the city centre.

While onboard the vehicle we had free access to WiFi. Some of the other travelers used it to post photos and even check their emails. It was quite helpful when the group had to google something while on tour. 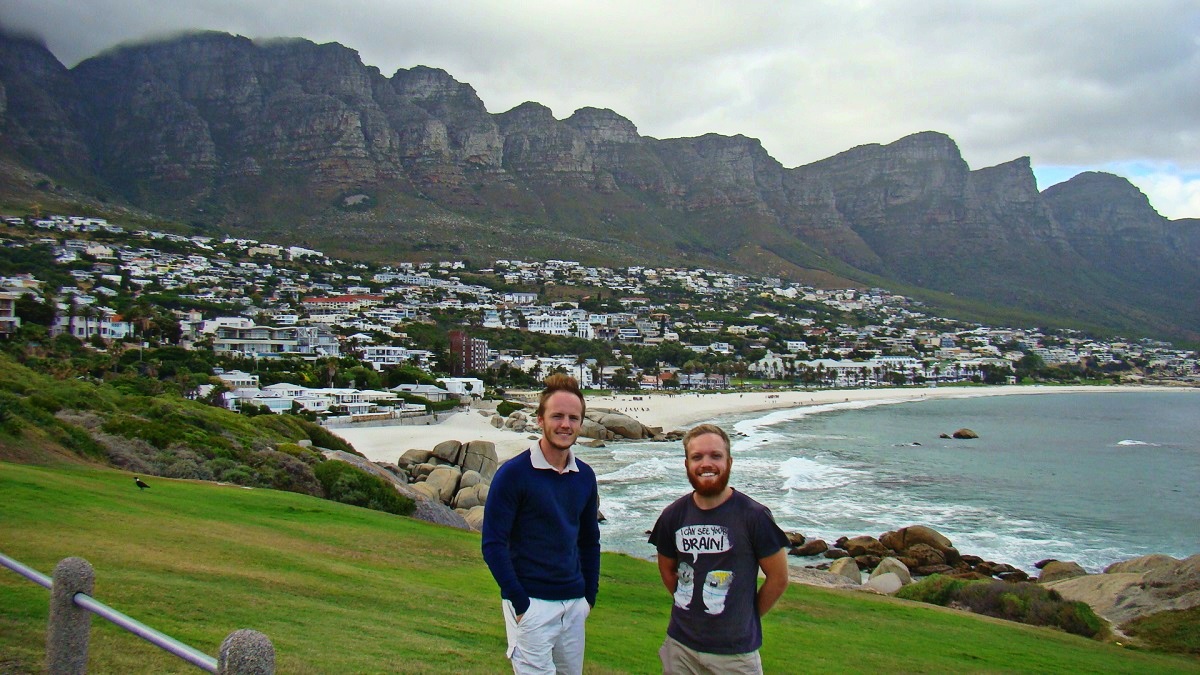 After the driver collected us he drove around the city centre, collecting other clients, while giving a short orientation tour of the city as we have pass places like Town Hall, Adderley street, St. George Cathedral & Green Market Square. We drove along the promenade in Sea Point passing Bantry Bay and Clifton Beach. The first stop is Maiden Cove, a view point at the foot of Lion’s Head view a panoramic view of Camp’s Bay, the Twelve Apostles mountain range and the Atlantic Ocean. It is a 15 minute quick photo stop. Once we had our ‘Kodak moment’s’, we drive on through Camp’s Bay, a beautiful beach that might remind you of a smaller version of Miami with large palm trees and soft white sand. We also pass the Twelve Apostles Hotel and the Llandudno beach as we drive along the winding rocky coast to Hout Bay.

We stopped at Hout Bay Harbour for 30-45 minutes, where we had the chance to buy some saviours, buy a snack and use the rest rooms. I found a guy sitting on the edge of the harbour with a sea-lion as he charged the tourists for photos. Here we had the chance to take the ferry out to Seal Island, however we skipped this to allow more time for other attractions. There was also a mention of a castle on the mountainside of Hout Bay, which can be seen from the road. 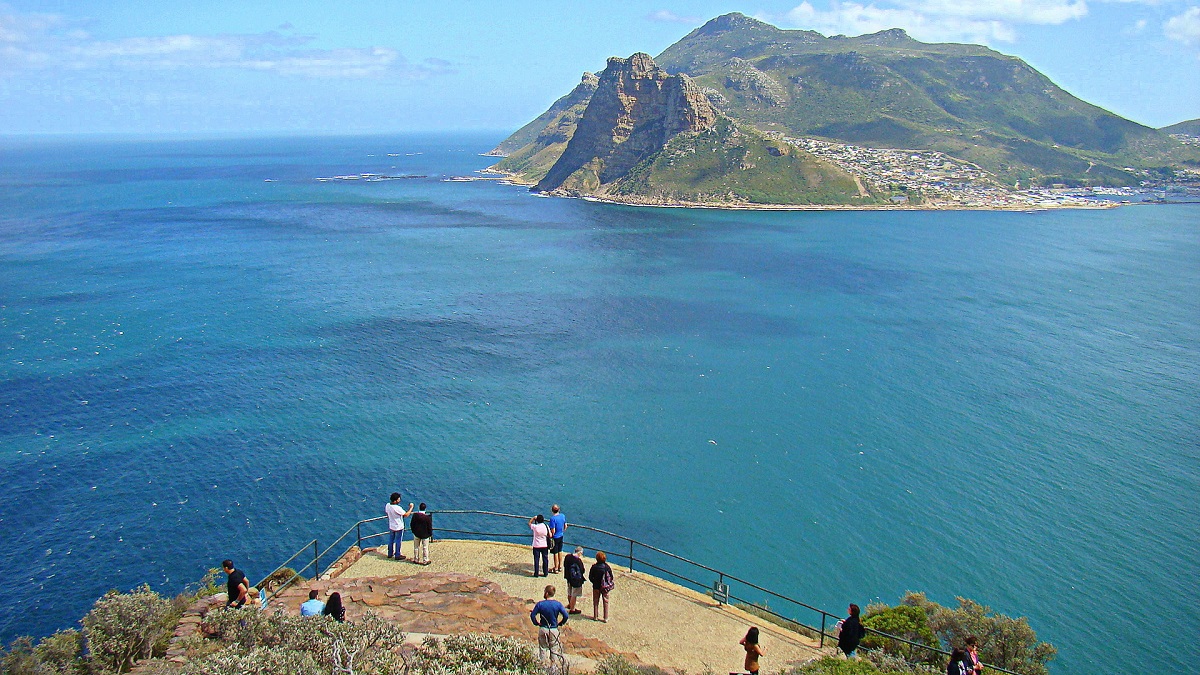 Leaving Hout Bay we passed a mysterious green leopard statue sitting on a rock and overlooking the bay. The guide gave a quick history of the leopard, but I was soon to forget. This is where the Chapman’s Peak drive starts, taking us across the bay for a view of Hout bay from the other side. I won’t forget the amazing view from Chapman’s Peak as we drove to the viewpoint. The bay was massive and surrounded by hanging mountains. The view point really gave me the best vantage point, we saw a lot of cyclers driving down the road, preparing for the annual ‘Cape Argus Cycling tour’. We stopped at 2 different view points for about 20 minutes each. I remember the wind was quite strong here, a jacket is a good idea when you visit. At the End of Chapman’s peak we asked the driver to stop at one last view point overlooking Noordhoek Beach and Kommetjie for about 10 minutes, a stretched sandy beach, popular for horseback riding. Driving on we passed some holiday resort towns like Kommetjie, Scarborough and Misty Cliffs. If you travel around August/September you would also see the blooming flowers as you drive down to Cape Point. If you are lucky you might also see some wild antelope or baboons as well. At this time the guide books the table at the Cape Point restaurant. 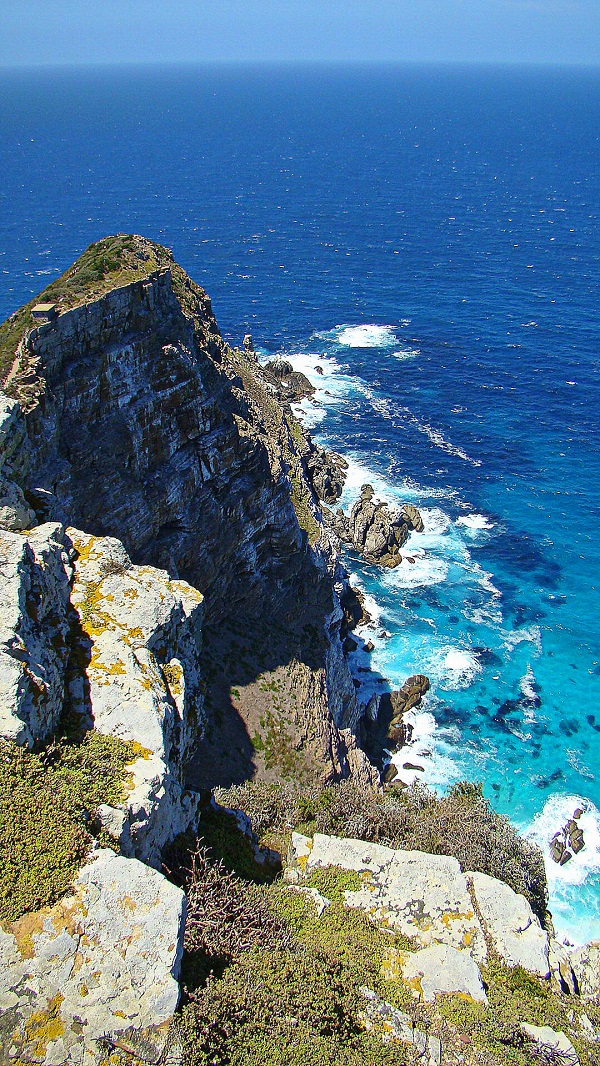 The next stop is the long awaited Cape Point. Here we stopped for well over an hour to allow time to walk up to the lighthouse. It is a 15 minute hike, however if you don’t feel up to the challenge, you can pay about 50-60 rand to take the Flying Dutchman funicular to the top. The view from the lighthouse is definitely the highlight of the trip. Here you can see a full 360 degrees of the park. There is an additional hiking trail down to the very tip as well. For those who booked a table, there was time to enjoy a meal or else you can take a take away pizza or sub sandwich. After that we drove down to the Cape of Good Hope, the most south-westerly point of Africa for a photo at the iconic sign and a closer view of the crashing waves against the rocks. 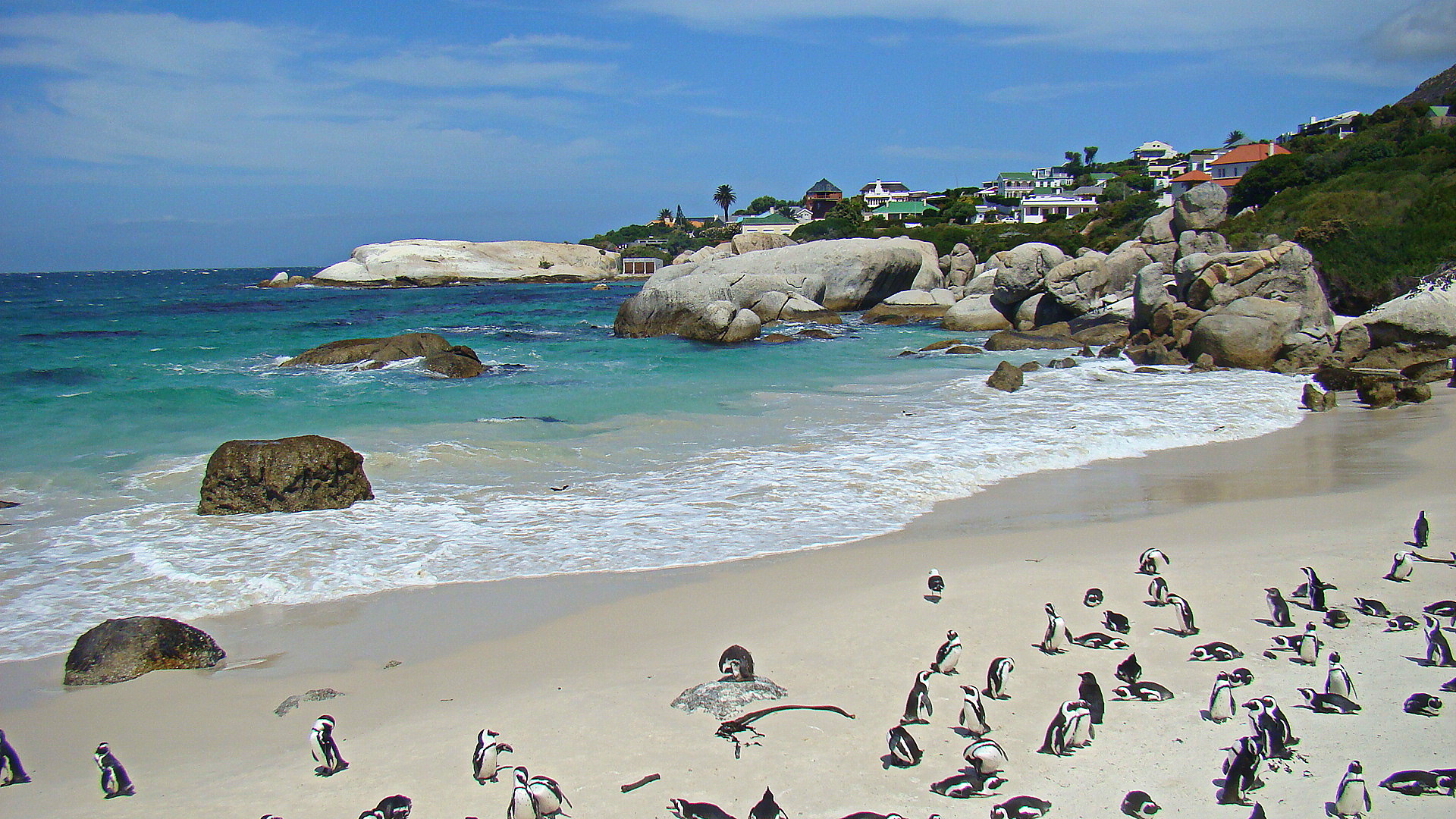 On return to Cape Town City we took a different route on the other side of the of the Peninsula, we reached Simon’s Town, a British influenced naval town. Here we stopped at the Penguin colony (optional and at an extra cost). A short walk takes you down to Foxy Beach, where tourist get the best view of the penguins from a wooden walkway. We were less than a metre away from the penguins and had time to take pictures for about 30-45 minutes before moving on. Our last stop was in Simon’s Town. The guide gave us a quick history of the town as well as the the dog, Just Nuisance, which was the only dog ever to be officially enlisted in the Royal Navy. On return to Cape town we passed some peaceful coastal towns before returning our hotel are around 19h00-19h30.