An incredible 4 days journey from Pretoria to Victoria Falls by luxury train, the world's most luxurious train, traveling alongside the Magaliesberg Mountains in Gauteng Province.

Winding its way north through Warmbaths and Nylstroom, the train then passes the edge of the escarpment and crosses the Tropic of Capricorn en-route to the border with Zimbabwe. After formalities at Beitbridge the next morning we travel towards Bulawayo, Zimbabwe's second largest city and regarded as the industrial capital of the country. The following day unfolds as we travel alongside one of the world's longest stretches of straight railway line, before traversing to Hwange National Park where a rich and great diverse of wildlife can be spotted from the train. After a service stop at Thompsons Junction, we make our way to the magnificent Victoria Falls, which sits on the mighty Zambezi River. The surrounding areas of the falls offer the perfect opportunity to engage in the many activities including cruises, whitewater rafting, helicopter safaris, superb game viewing and many more. It truly is a journey not to be missed on this Pretoria to Victoria Falls by luxury train as you get to see so much in only 4 days. 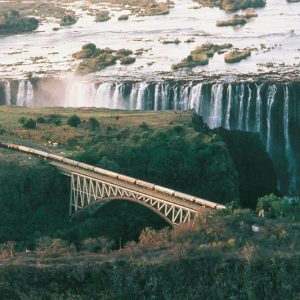 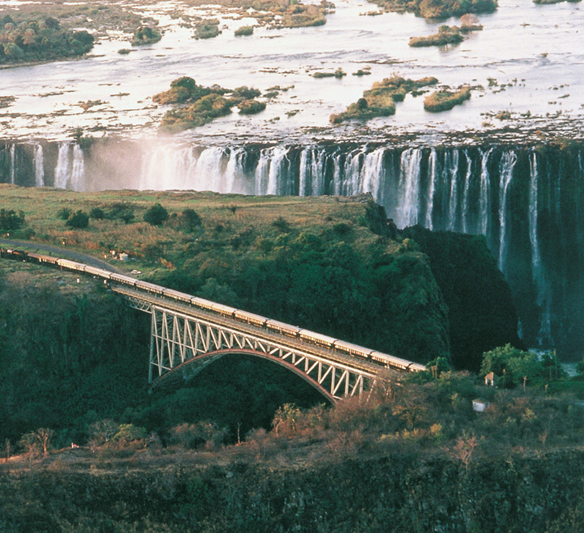 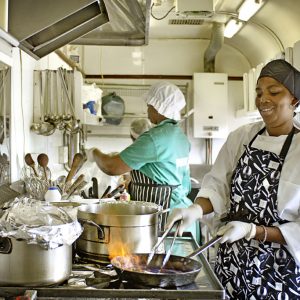 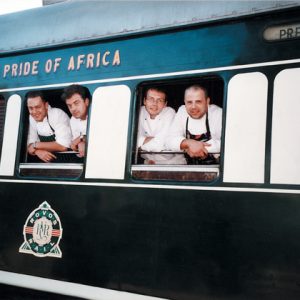 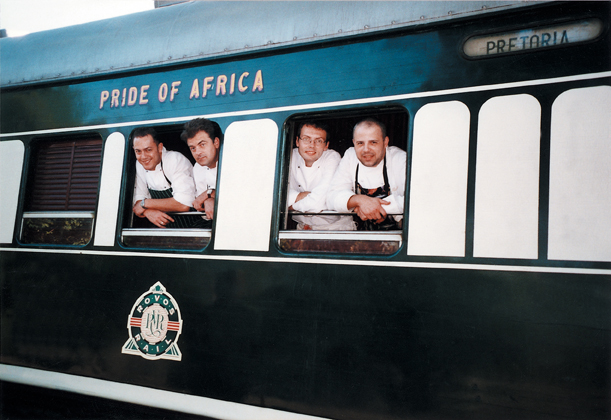 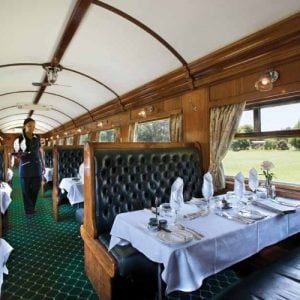 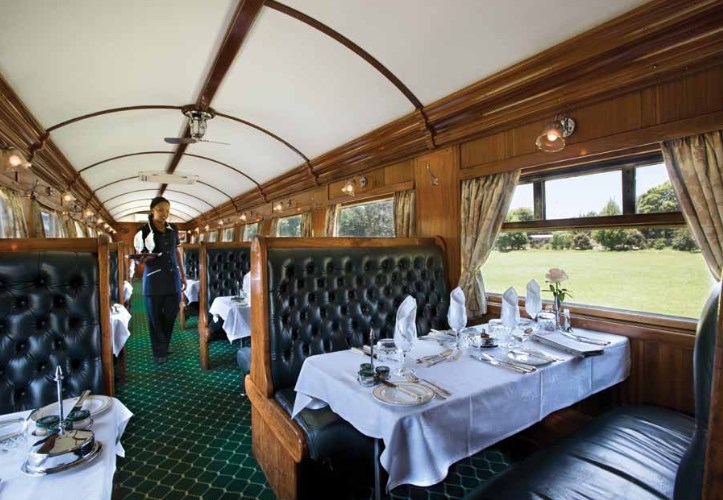 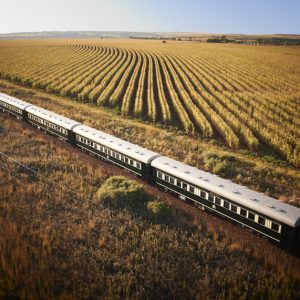 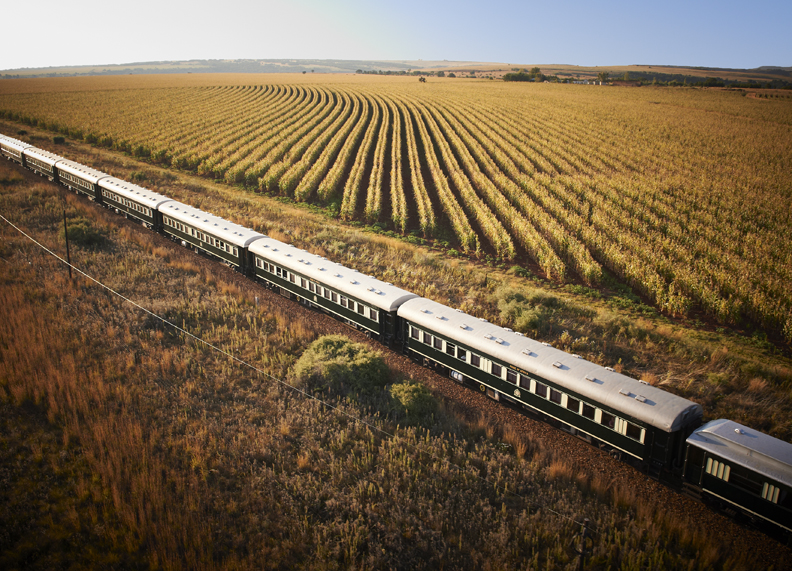 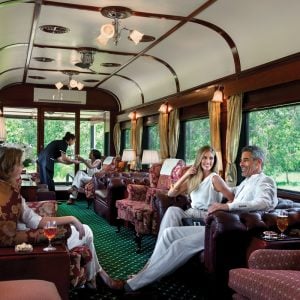 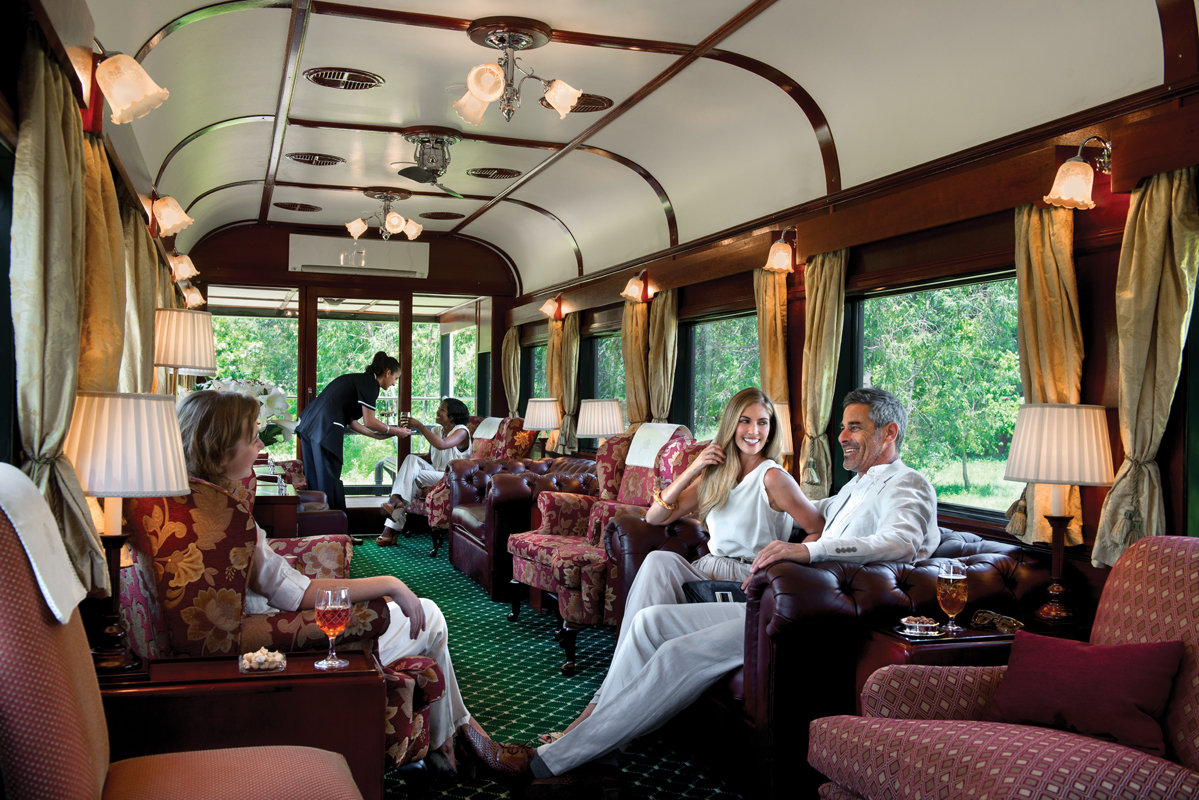 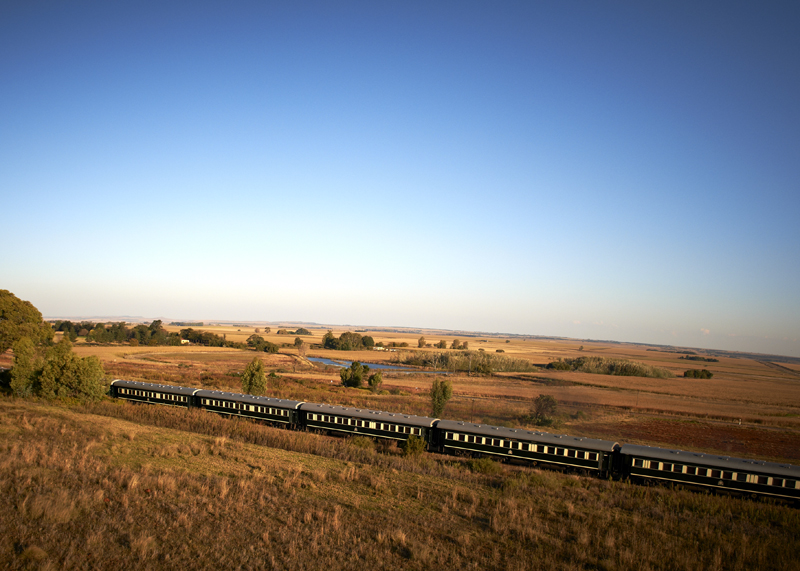 All Meals & Drinks on Board

DAY 2
Day at leisure.
Breakfast, lunch and dinner served as the train travels towards Bulawayo via West Nicholson.
Overnight stop on-board at Mpopoma.

DAY 3
07h00 - Breakfast is served as the train departs Mpopoma.
13h00 - Enjoy lunch while travelling along the eastern edge of Hwange Park on one of Africa’s longest stretches of straight railway line.
15h00 - Arrive at Kennedy Siding for a game drive at The Hide.
19h30 - Dinner is served in the dining cars en route to Thompsons Junction for the overnight stop.

DAY 4
07h00 - Breakfast is enjoyed while travelling towards the Zambezi River.
10h00 - Arrive at journey’s end in Victoria Falls, Zimbabwe. 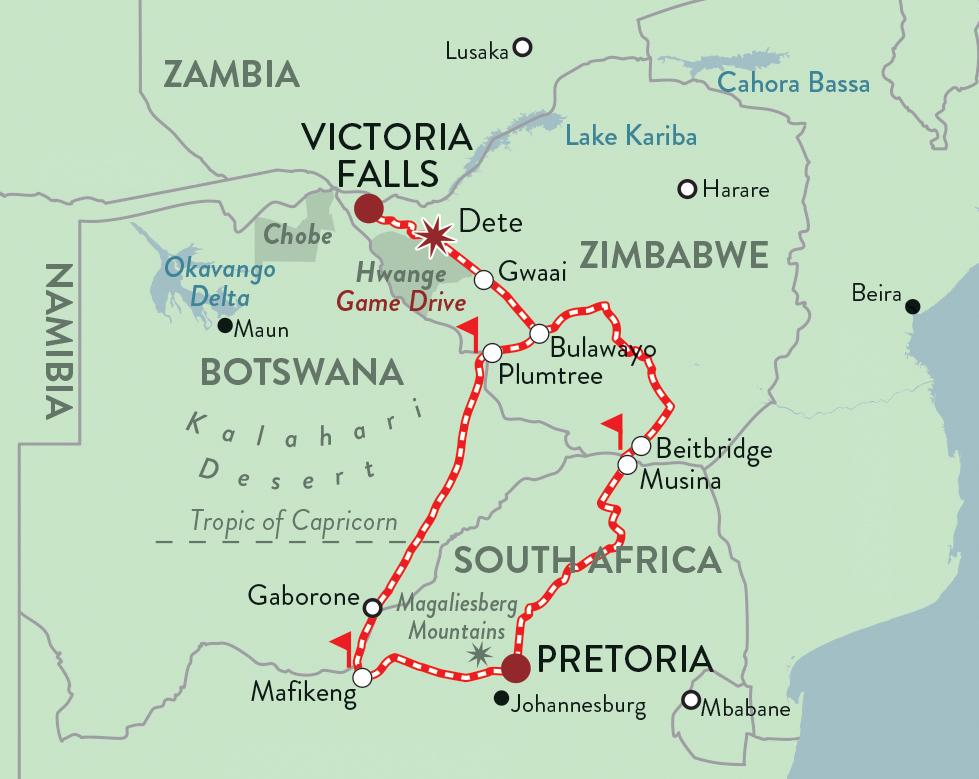 All suites are spacious and offer travel in privacy, comfort and luxury, with fittings and facilities that are of the highest standard. All equipped with a writing surface, personal safe & bar fridge filled with beverages of the passengers’ choice.

The Pullman Suite (±7 sq metres)
Equipped with a comfortable sofa-seat during the day with a conversion to double/twin beds for the evening. The suite features an en-suite bathroom with shower, hair dryers and shaver plugs. 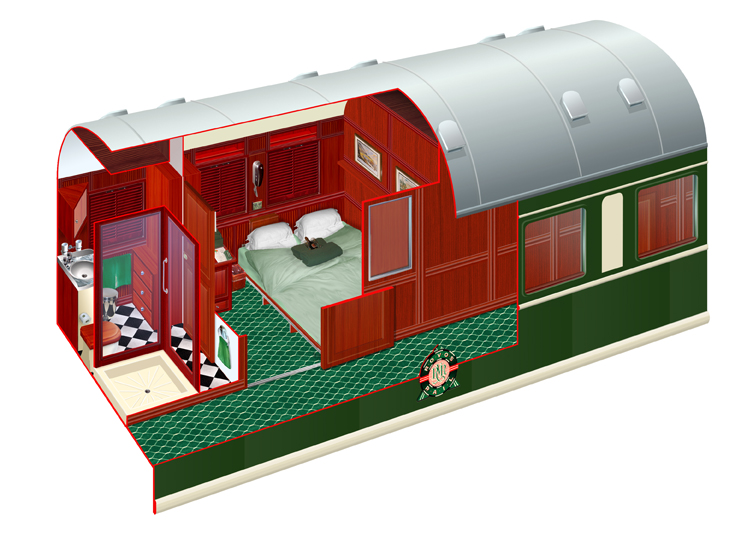 The Royal Suites (±16 sq metres)
Each Royal Suite takes up half a carriage. These spacious suites each has its own private lounge area and full bathroom with Victorian bath and separate shower, hair dryers and shaver plugs. Royal Suites can accommodate two people by eitherside-by-side twin or spacious double beds. 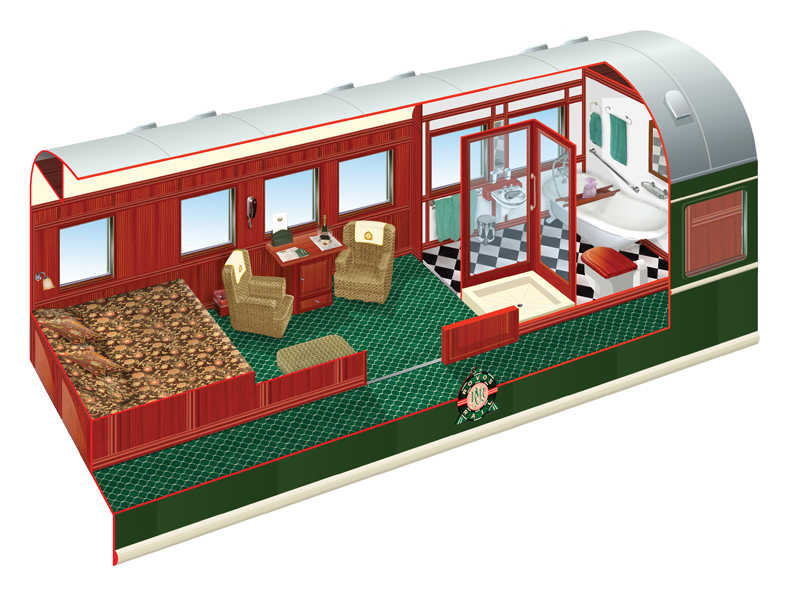