Book your Flight Package to experience Egypt's most recognized monuments (Like Tut Ankh Amon) and enjoy a cruise on the Nile. A really fascinating tour of history and culture of this ancient civilization. This is Egypt at it's very best! From Pyramids to Pharaohs to mighty temples, Nile cruising to ancient Thebes and even the tombs in the Valley of the Kings. This is a very popular Egypt tour itinerary that provides a spectacular overview of the legendary country of Egypt within 9 days.

We assist with money exchange to make your overseas trips easy with no hazels. 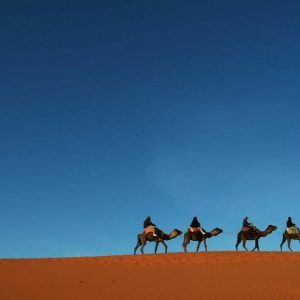 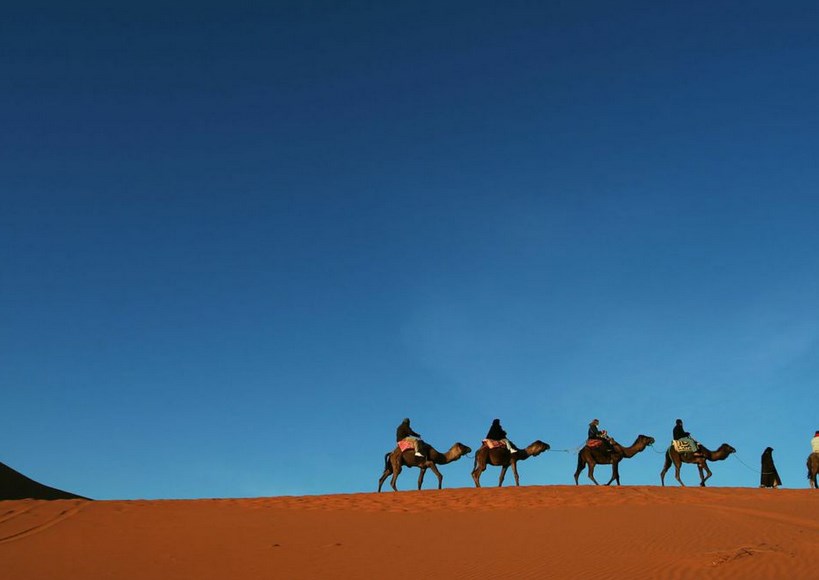 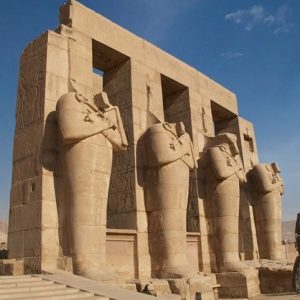 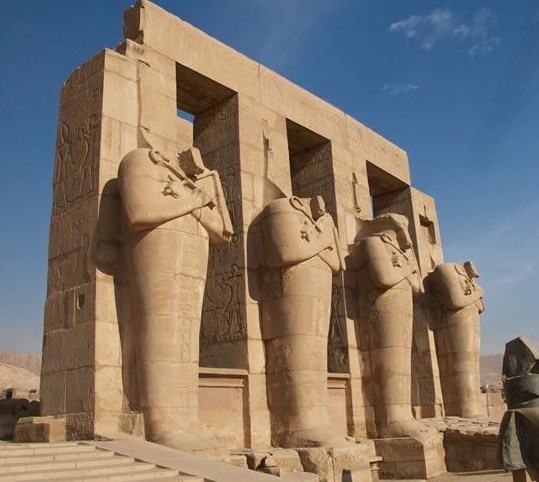 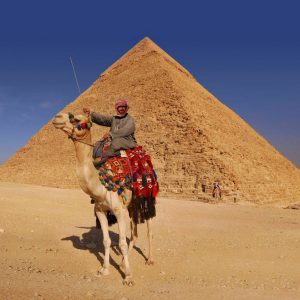 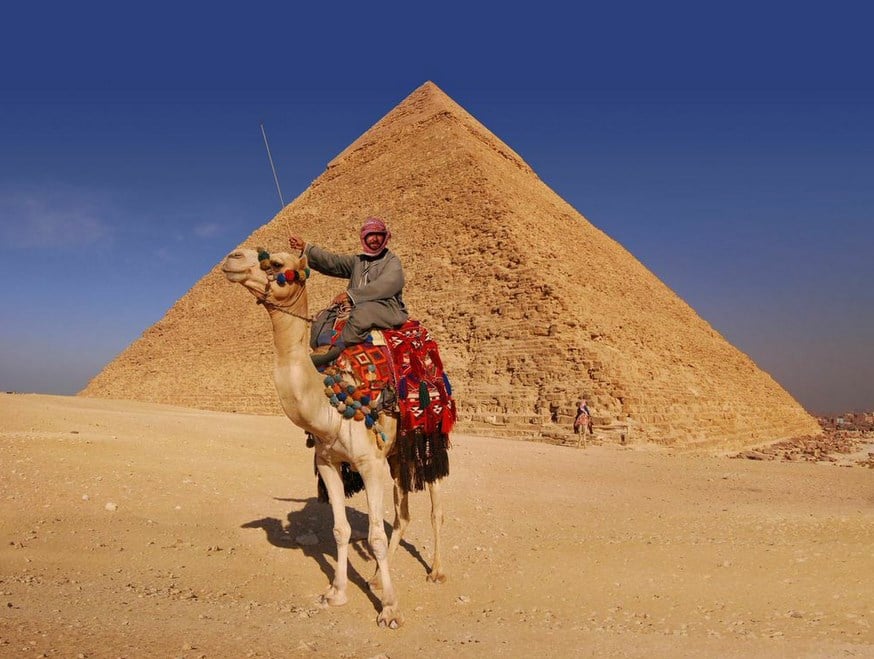 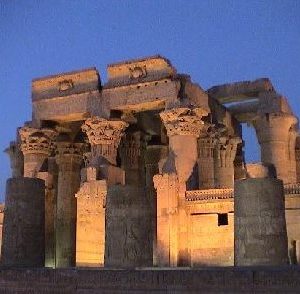 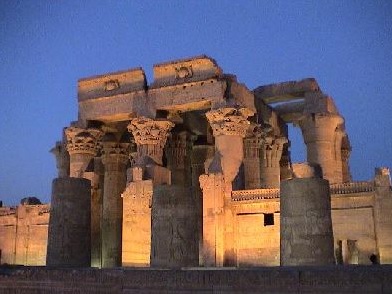 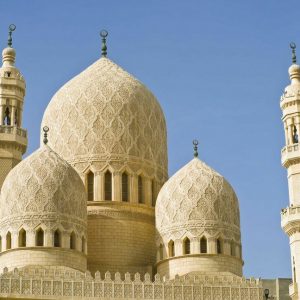 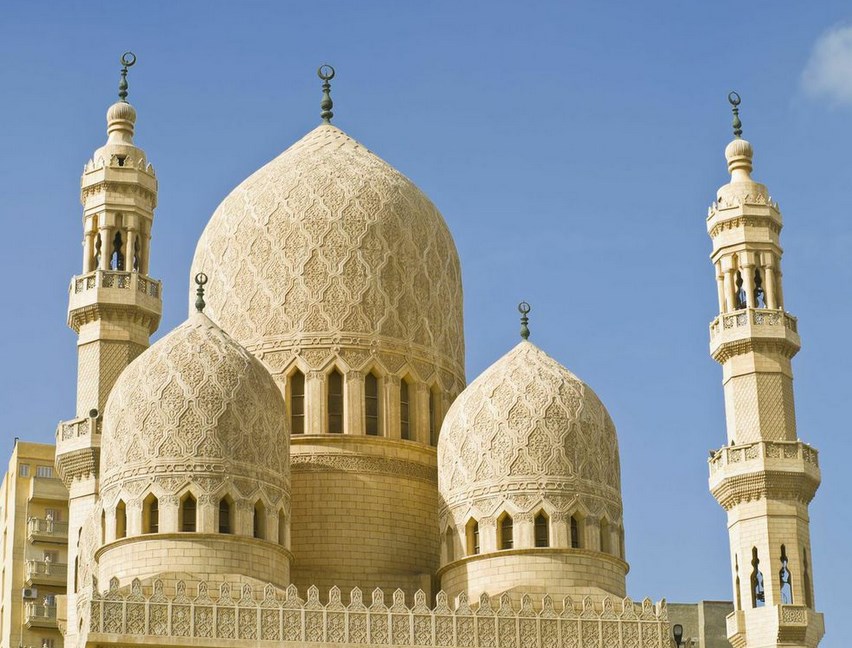 Day 1 Arrive in Cairo, Pyramids & Sphinx Upon arrival at the airport you will be met by our representative and transferred to your Hotel in Cairo. Your room might not be ready this early in the morning, however you will be given time to freshen up before starting the amazing half day Pyramids and Sphinx tour.

Your sightseeing will include, visiting The Great Pyramid, built by King Cheops in 2650 BC, The Second Pyramid, built by King Chephren, south west of that if his father Cheops and The Third Pyramid built by Mycerinus, son of Chephren. You will then visit The Great Sphinx of Giza (or, commonly, the Sphinx) which is a statue of a reclining or couchant sphinx (a mythical creature with a lion's body and a human head) This is the largest monolith statue in the world. Throughout your tour you will be accompanied by an English speaking Egyptologist. Before your guide transfers you back to the hotel you will pass through the perfume or papyrus factories.

The afternoon will be at your leisure and overnight at your hotel in Cairo. Suggestions: (Optional tours: Sound and Light show or Nile Dinner Cruise)

Day 2 Free day in Cairo After breakfast you will have the full day at your leisure. Suggestions: (Optional tours: Memphis and Sakkara; Egyptian Museum; Citadel and Khan El Khalili Bazaars; Old and Islamic Cairo)

Day 3 Free day and train to Aswan Today you will check out of your hotel, you have the full day at your leisure. Late this afternoon you will be transferred to the train station for your train to Aswan. Dinner will be served on the train.

Day 4 Nile Cruise On arrival you will be met and transferred to your Nile cruise. After Lunch you will be taken to visit the temple dedicated to the goddess Isis, which consists of the temple of Hathor, Birth house and two pylons which glorify all the deities involved in the Isis and Osiris myth. Philae temple was also dismantled and rebuilt on Agilika Island after the construction of the high dam.

You will then visit the world famous High Dam which was an engineering miracle when built in 1960. Today it provides irrigation and electricity to Egypt. Transferred back to the boat where you will enjoy the afternoon at your leisure. (Lunch and Dinner will be served on the cruise; drinks at your own expense)

Day 5 Nile Cruise After breakfast you will be in Kom Ombo, a city located 45km north of Aswan city. Here you will visit Kom Ombo Temple which consists of the temple of Haroeris (the medicine god) and Sobek (the crocodile god). This Temple is famous for its twin entrances, halls and sanctuaries. Sculpted wall reliefs included one showing ancient surgical tools, bone-saws and dental tools. Three mummified crocodiles found nearby are now in the Chapel of Harthor.

You will later visit Edfu which is 105km from Aswan. Here you will stopover to see the best well preserved cult temple in Egypt which is an essential landmark for archaeological enthusiasts. Dedicated to Horus, the falcon-headed god, it was build, during the reigns of six Ptolemies. The temple, which rivals those at Luxor in grandeur, also comprises a Nilometer, a court of offerings and a huge pylon at its entrance. (Lunch and Dinner will be served on the cruise; drinks at your own expense)

Day 6 Nile Cruise After breakfast you will start your day on the west bank also known as the City of the dead. You will visit, The Colossi of Memnon which is the only remains of Amenhotep Mortuary temple. Then off to visit Queen Hatshepsut’s Temple. Hatshepsut, the only women to rule over Egypt as Pharaoh, named her temple “Djeser, Djeseru” the splendour of Splendours.

Concluding of with the Valley of Kings, where in 1922, Howard Carter made the fabulous discovery of the famous King Tut Ankh Amon tomb which dates back to 1352 BC. The Valley of the Kings also houses the famous tombs of Ramses III, VI, Amenhotep II, Seti I, Horemheb and Thutmose III. Suggested Optional tours: (Luxor Temple / Karnack Temple) (Lunch and Dinner will be served on the cruise; drinks at your own expense)

Day 7 Arrival in Luxor & Train to Cairo This morning you will check out of the boat and you can have the day at leisure in Luxor. You will later be transferred to the train station for your train to Cairo.

On arrival in Cairo you have the full day at your leisure. Later this evening you will check in for your flight back to Johannesburg. *** End of Services ***