Italy remains one of the top destinations for art-lovers and foodies, making our Italy Rail Package ideal for travellers seeking to experience the culture and culinary treasures of Rome, Florence and Venice.

Be transported back in time to the Roman Empire and wander the streets of Rome to view iconic landmarks like the Colosseum, Trevi Fountain, Roman Forum and the Spanish Steps. Wind down the cobblestone pathways lined with fine restaurants serving traditional pizzas and pasta as the Italians make them! A visit to Rome would not be complete without a tour of the Vatican city - filled with amazing treasures like the Sistine Chapel.

From Rome, you will ride the high-speed train to Florence in the Tuscany region, the country's best-known wine region and the birthplace of the Italian Renaissance. The city has been ranked one of the most beautiful cities of the world by Forbes and is home to some of the best artworks of the renaissance period such as the statue of David by Michelangelo. From Florence, you can also join a tour to the leaning tower of Pisa for the perfect photo pose!

Your final stop is the island city of Venice, which was once a major maritime and financial power called the Republic of Venice. Today the city is one of Europe's most romantic cities. Wind down the canals on a gondola ride or take in the view of the city from the top of the St Mark's Campanile bell tower. Walking down the streets of Venice is a real treat, with many small artisan shops and restaurants hidden around every corner - you just want to get lost here!

Highlights of the Italy Rail Package: 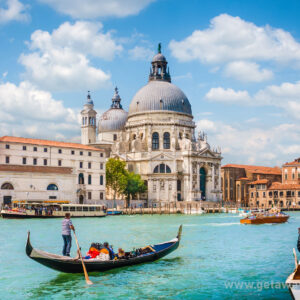 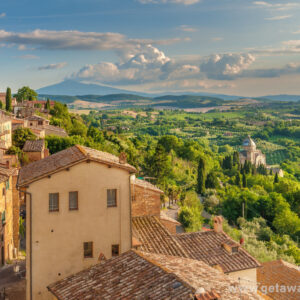 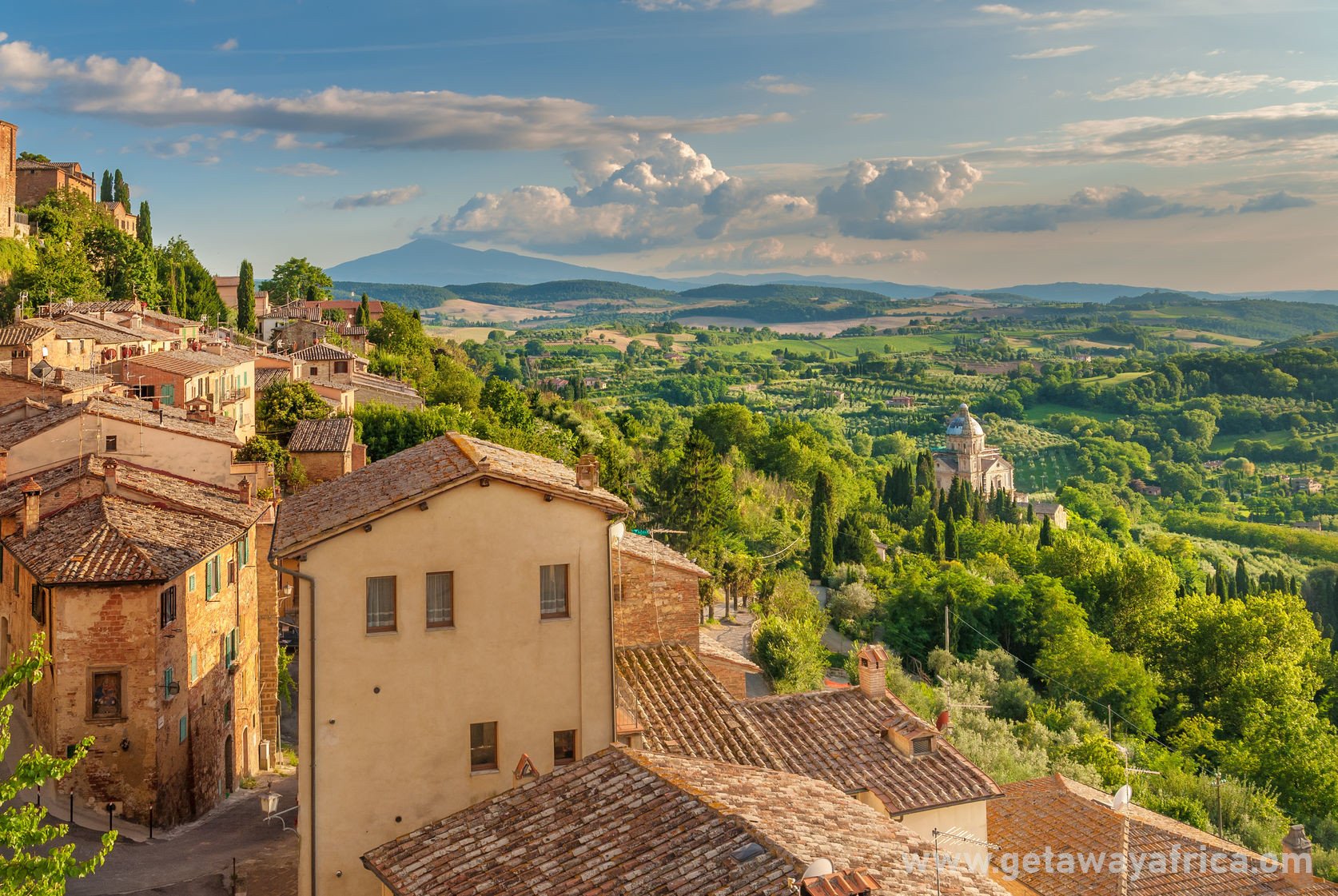 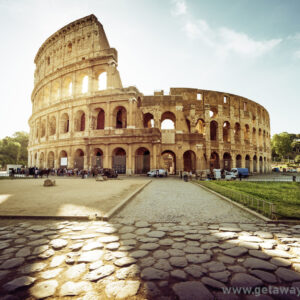 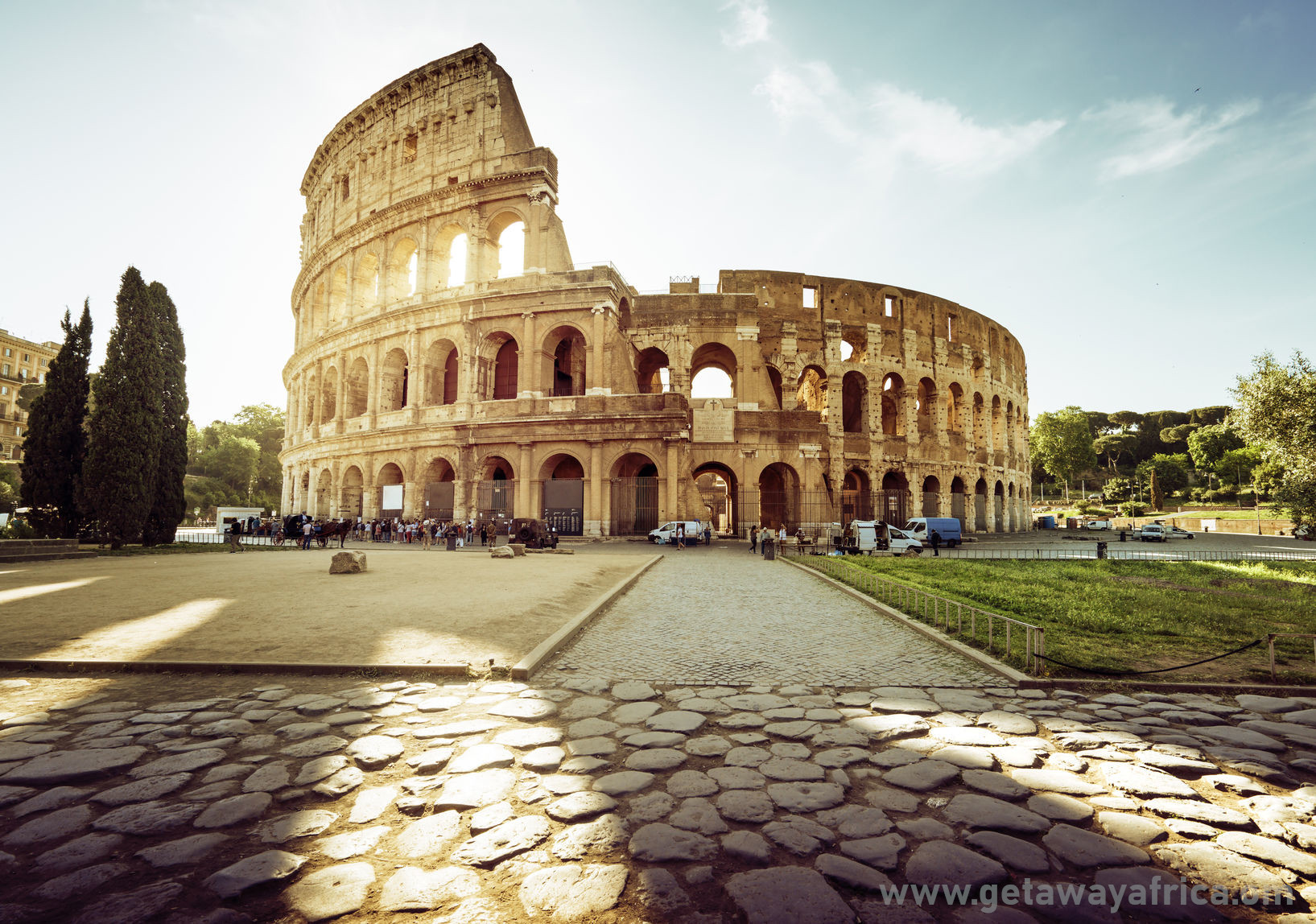 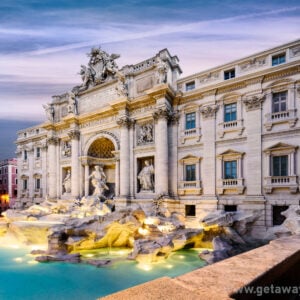 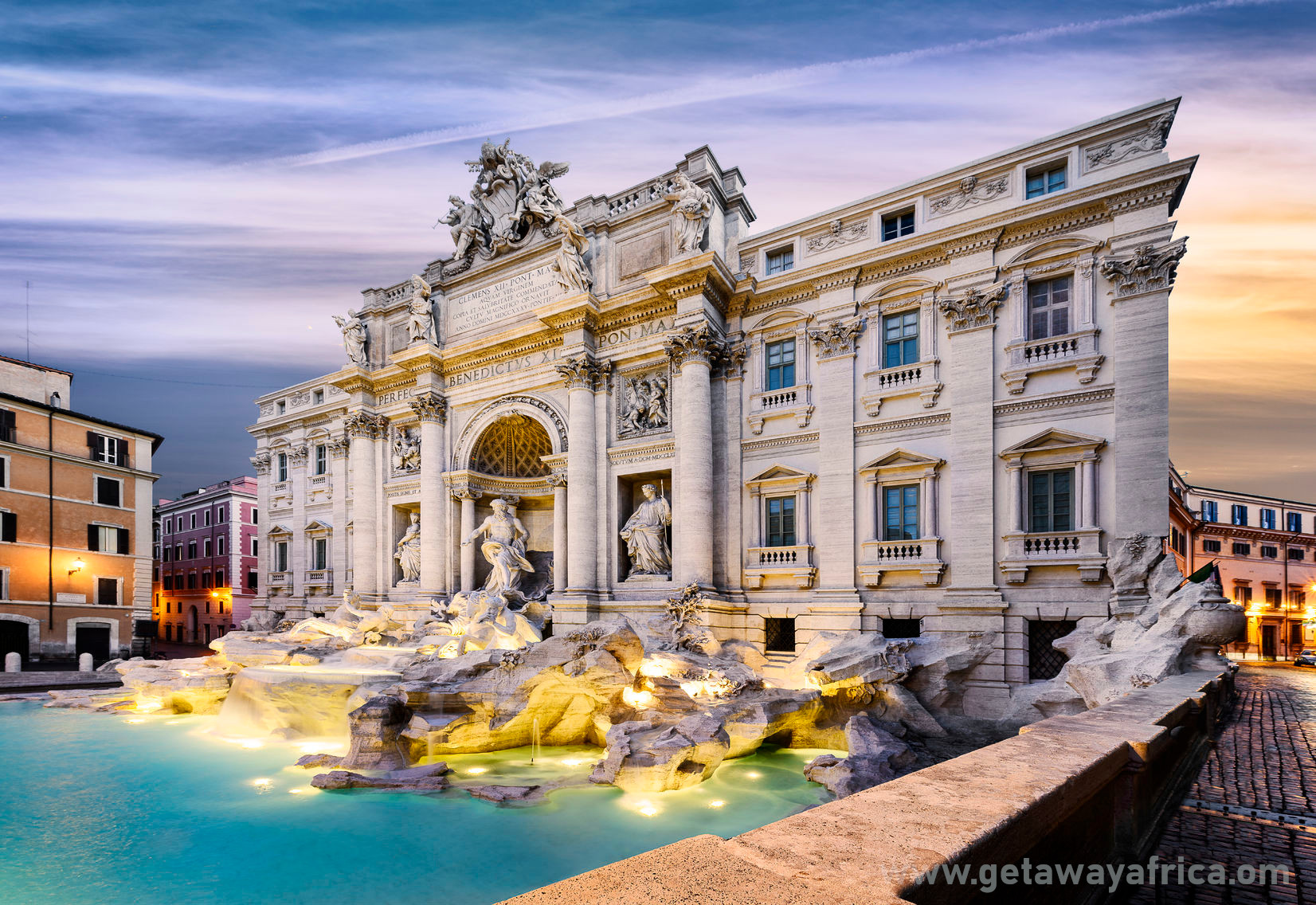 Upon arrival in Rome you will be met by your driver who will transport you to your hotel in the city centre.

You have the rest of the day free to explore the city on your own. Spend the rest of the afternoon/evening wandering around the winding cobbled streets of Rome. You will find treasures around every corner from inviting pizzeria's to cafe's serving the most delicious pastas. There is always a certain romance in the air as you stroll past marble statues and impressive monuments in this age old city.

Day 2 - Rome
Take a walking tour of the city or simply lose yourself in its grandeur and visit the Spanish Steps, the Trevi Fountain and the Pantheon.
Complete your tour with a visit to the famed Colosseum where the gladiators fought bloody battles for their freedom under their Roman rulers and take a walk down the Roman Forum where you will find the remains of the fallen Roman Empire.

Day 3 - Rome
For the last day we recommend a visit to the Vatican, the world's smallest city-state home to the Pope and a trove of iconic art and architecture. Within the complex you will find the Vatican Museum and the world renown Sistine Chapel.

Day 4 - Rome to Florence
Make your way to the train station and head toward Florence. Discover the many marvels of this wonderful renaissance city including its most famous art museums and the Duomo Cathedral. From arrival you will be immediately impressed by the architecture and atmosphere of the slow paced Italians in this romantic city.

Head towards the Piazzale Michelangelo for an impressive 180 degree panorama view of the city under the towering Duomo Cathedral.

Day 5 - Florence
Explore the neighboring charming towns of Siena, famous for its medieval streets, gothic Cathedral and scenic views of the countryside; San Gimignano, where you can enjoy a leisurely stroll through the cobbled streets and small squares, walk
between the famous 14 towers, and visit the famous cathedral and leaning tower in Pisa.

Day 6 - Florence to Venice
Take the train to Venice and make your way across the canals to your hotel on the island. Venice holds a legend of its own, built in a lagoon in the Adriatic Sea on 100 small islands by merchants in the Renaissance.

The isolated city is filled with Gothic palaces with the main means of transport being the Grand Canal thoroughfare as well as hundreds of smaller canals entangeled under bridges and archways. A walk in this enticing city will make you want to stay longer.

Day 7 - Venice
Join a panoramic walking tour and see Piazza San Marco, the Basilica of San Marco, the Doge’s Palace, the Bridge of Sighs and the Prisons.

Relax in the ambience of Venice at a cafe or restaurant along one of its many narrow streets or go shopping along the Rialto Bridge and see some of the many artworks on display at various museums across the island.

Day 8 - Depart Venice
Transfer to Venice airport and depart. The airport can be reached by busses leaving hourly from the Piazzale Roma or book a private transfer by speedboat.