The beautiful east African country of Malawi is located in the central region of the content, known as “The warm heart of Africa” because of its friendly local citizens. Malawi is shaped with ongoing tropical hills with traditional thatched huts in the villages, mostly build out of clay. Lake Malawi is the biggest drawcard, inviting tourist to its calm fresh-water and beach shores. A small travel destination where visitors experience spectacular scenic attractions at lakes, rivers, mountain ranges, game reserves and nature parks as seen further down the page. At these different holiday spots in Malawi, there’s a wide variety of activities to enjoy like daily safaris, water-sports adventures, hiking trails, village excursions and much more.

Malawi is the tiniest wormy shaped country nearly in middle Africa, based between countries like Zambia abjected on its western borders, Tanzania on its northern while Mozambique on its southern and eastern end. The 540km long Lake Malawi covers a fifth of the country`s living space. From the shores of the lake a steep rugged escarpment rises to a green plateau covered with rounded hills and villages. The low-lying southern region is tropical and includes the lush Zomba Plateau. The high Mulanje Mountains are in the south eastern area. The variety of landscapes and scenery is one of the major reasons that make this country an attractive tourist destination.

The southern regions of Malawi are tropical and there are 3 types of seasons namely rainy, dry and cool. The rainy seasons starts in November and ends in the month of April. From May to July it is winter in the Southern Hemisphere and it is therefore cooler. From August to October, it is relatively dry, and huge dust storms are common in October. The area around the lake is generally warmer than the higher plateau areas. 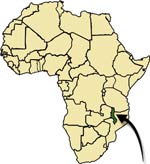 Dress in light weighted clothing in the lake area, while warmer clothing is recommended for the plateau, mountain regions and cooler nights. Always take rain-gear, even when visiting during the dry season.

Although the people from Malawi tend to be extremely friendly, normal precautions should be taken. Due to stray animals and potholes, traveling at night is not advised. Evidence of Bilharzia, a water disease attacking the liver, has been found in numerous areas in the Malawi Lake. Areas that should be avoided are stagnant water and those close to human civilisations.

Major foreign currencies including travelers’ cheques and cash are widely accepted at banks and hotels, but credit cards including MasterCard and American Express have a limited usefulness. The best currencies (with the least commission) are US Dollar, British Pound, and South African Rand.

There is some luxury Malawi accommodation in towns as below, Zomba Plateau, Mzuzu and certain other resorts. Cheaper stay includes camping sites (many in some spectacular landscapes), can be found all around the country.
Food is generally cheaper than in neighboring countries and although meat is not in abundance, the delicious fruits make up for it. Fish include the Chambo (Tilapia), a local fish caught in the lakes and trout from the many rivers. Bottled water is advisable.

Malawi is a very conservative country and used to be much strict a decade ago with rules like women not allowed with dresses shorter than their knees and men with hair growing longer than their collar. Today these rules are slightly relaxed, but might still cause problems at border crossings.
Tipping of 10% is customary.

A passport (valid for 3 months beyond intended stay) and a visa are required for some nationalities. An International health certificate of vaccinations for diseases like yellow fever will be requested when arriving in other countries from an infected region within 5 days.

Although Malawi cannot compete with the abundance of game found in many neighboring countries, the reserves are less crowded, offer wonderful scenic panoramas and often allow hiking.