Kicking off in glorious Victoria Falls, this 8 Day Botswana Highlights Tour include visits to the Chobe National Park, the Okavango Delta, Makgadikgadi pans and the Kalahari. With its diverse cultures Botswana is a melting pot of sights, sounds, aromas, tastes and emotions, waiting to be explored by anyone with a taste of adventure.

Botswana is well-known for its rich and abundant wildlife where it flourishes in its National Parks as well as large tracts of land, which lie unfenced and allowing for wildlife to traverse freely in their natural habitat. The vast size of Botswana is predominantly connected and accessible through sandy tracks, which make traveling a fascinating yet time consuming aspect of your journey. However on this Botswana Highlights Tour you can be rest assured to travel in absolute comfort, whilst enjoying true unspoiled African terrain from your very own seat. The fleet of vehicles used are specially designed and custom built to mechanically suit these demanding road conditions.

A safari often stands or falls with the guide and we appreciate that a good guide can make or break your safari experience. Guides that are used are mostly local citizens, which are hand-picked for their passion and profound respect means that you will receive a greater insight and understanding of the local environment and its people.

NOTE: This tour starts in Victoria Falls and ends in Windhoek (Namibia) on Day 8. Same day flight departures out of Windhoek International are only possible after 19h00. 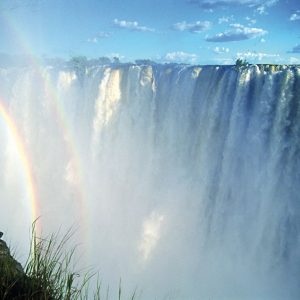 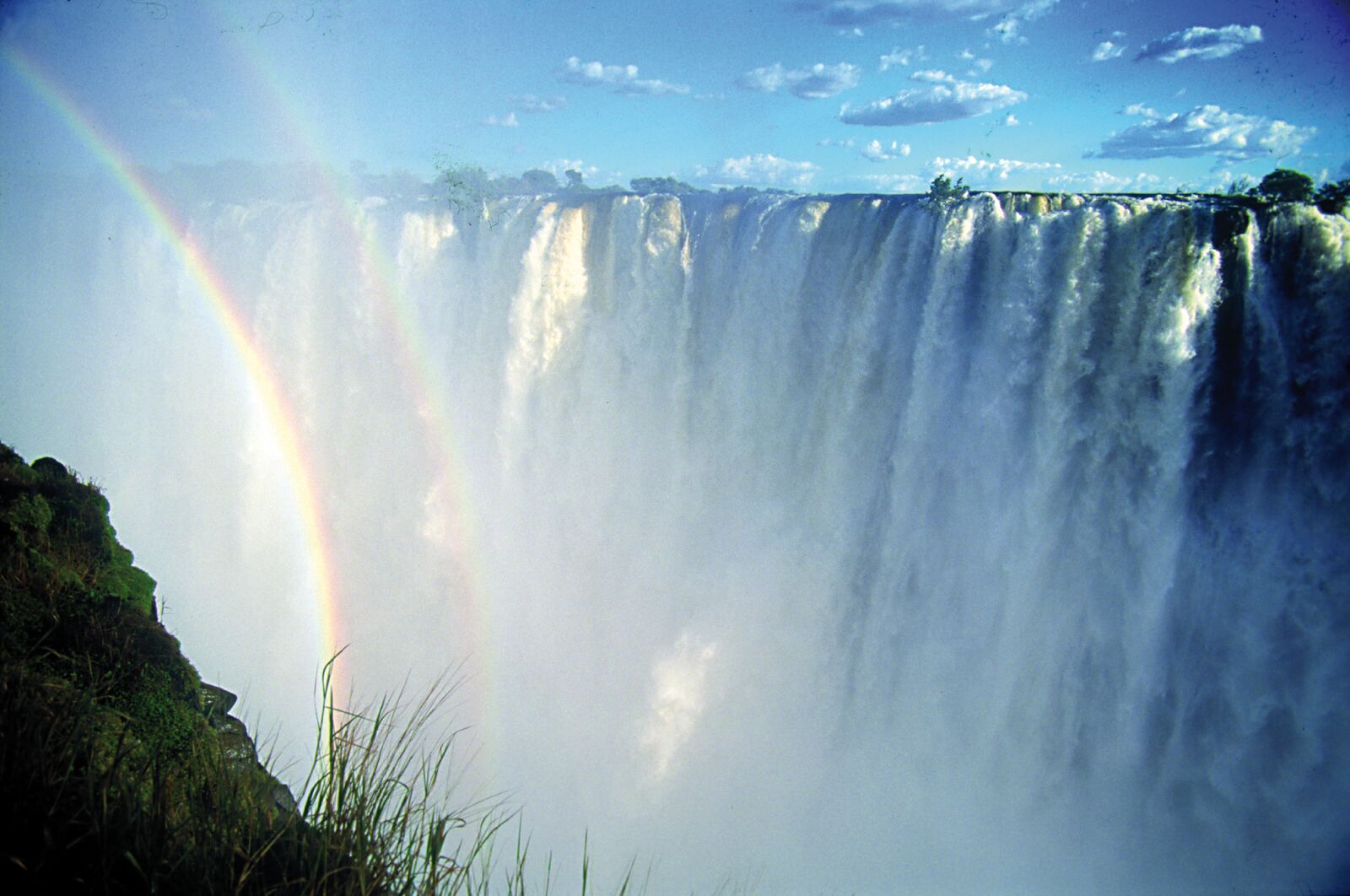 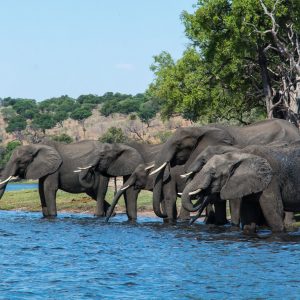 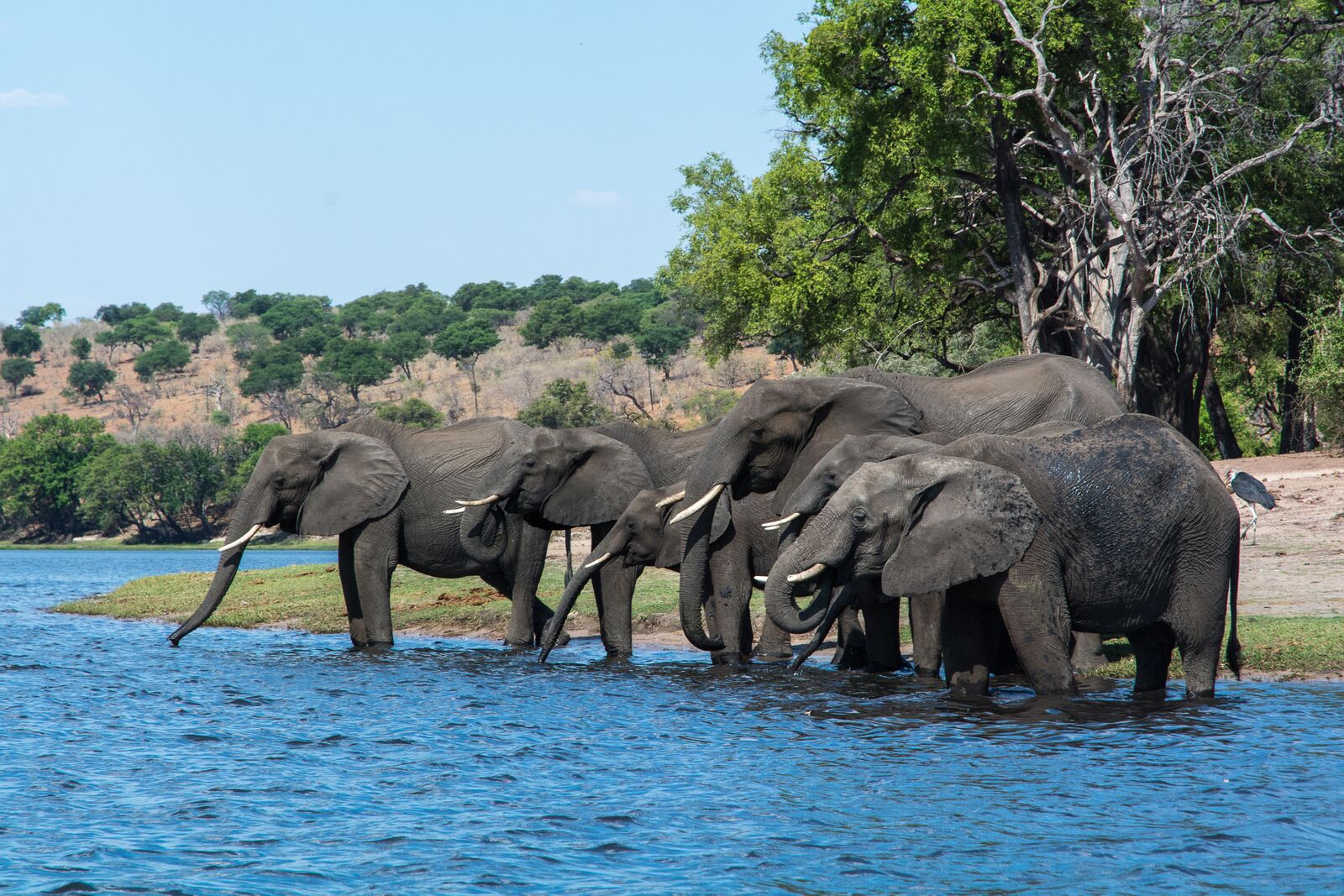 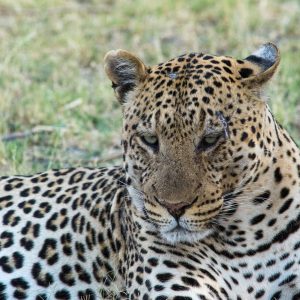 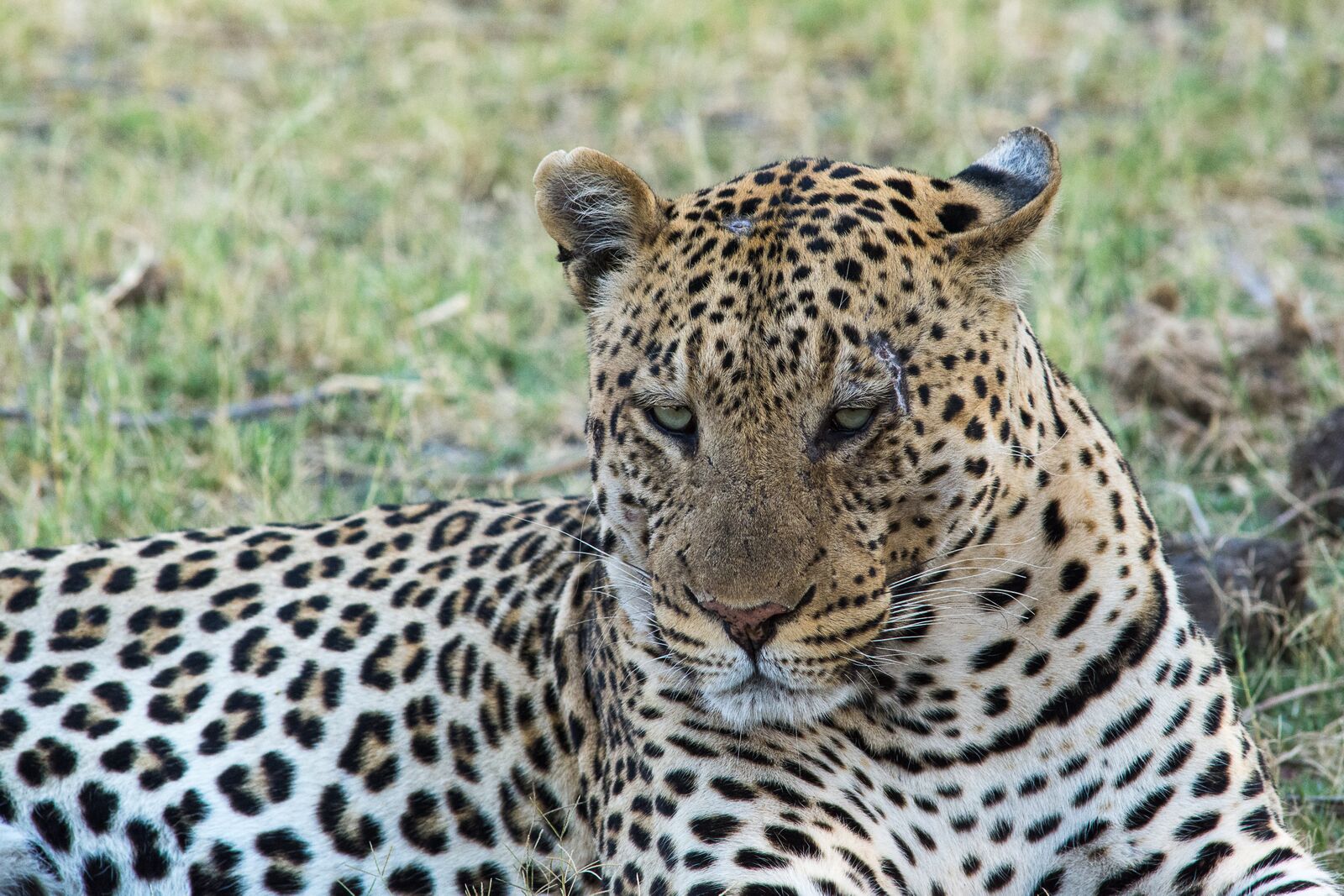 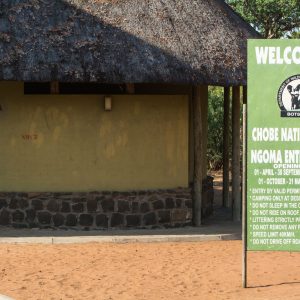 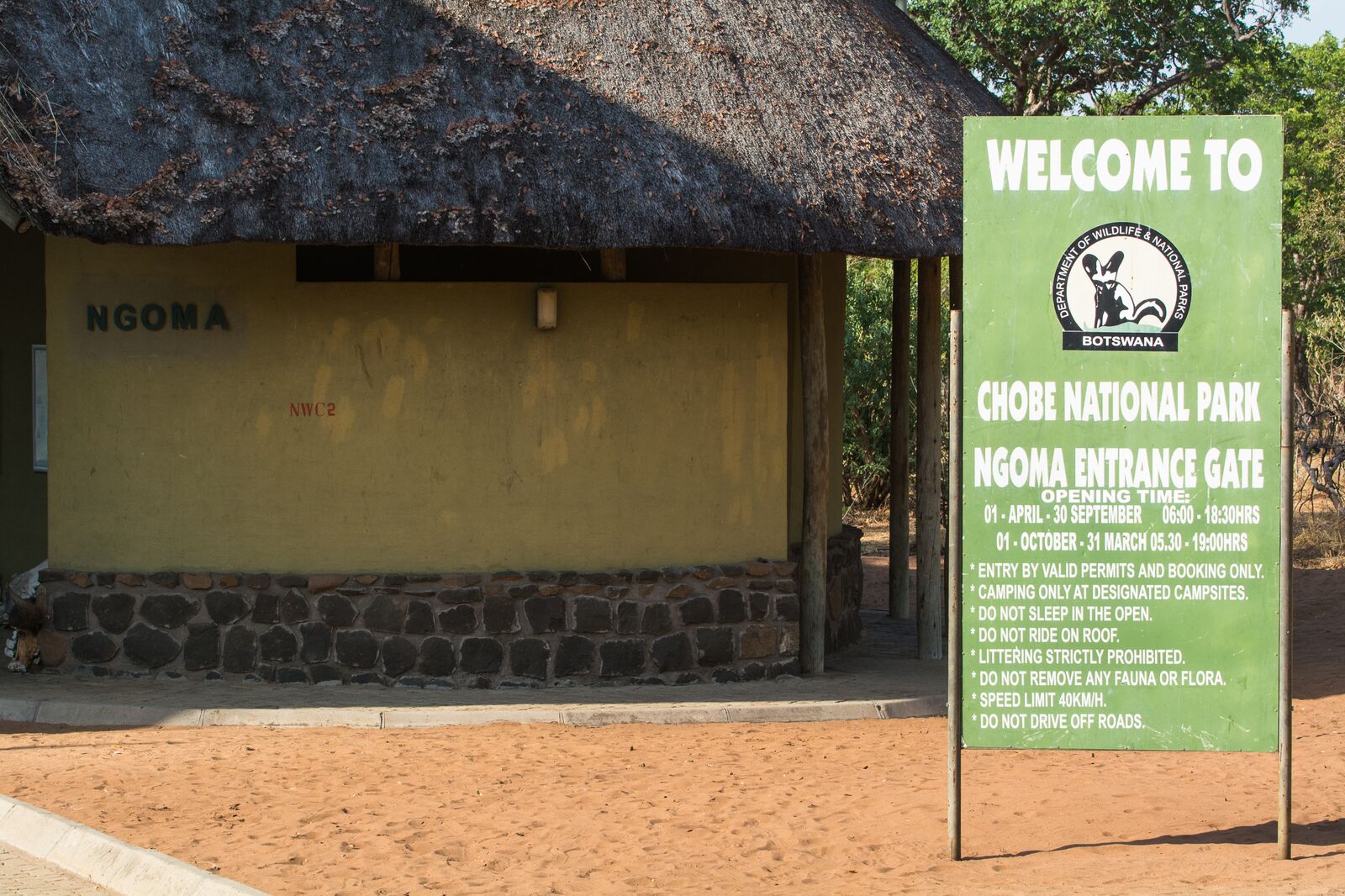 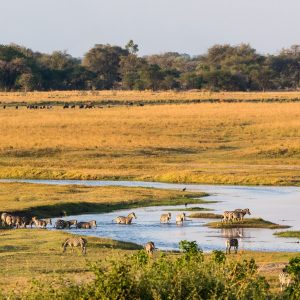 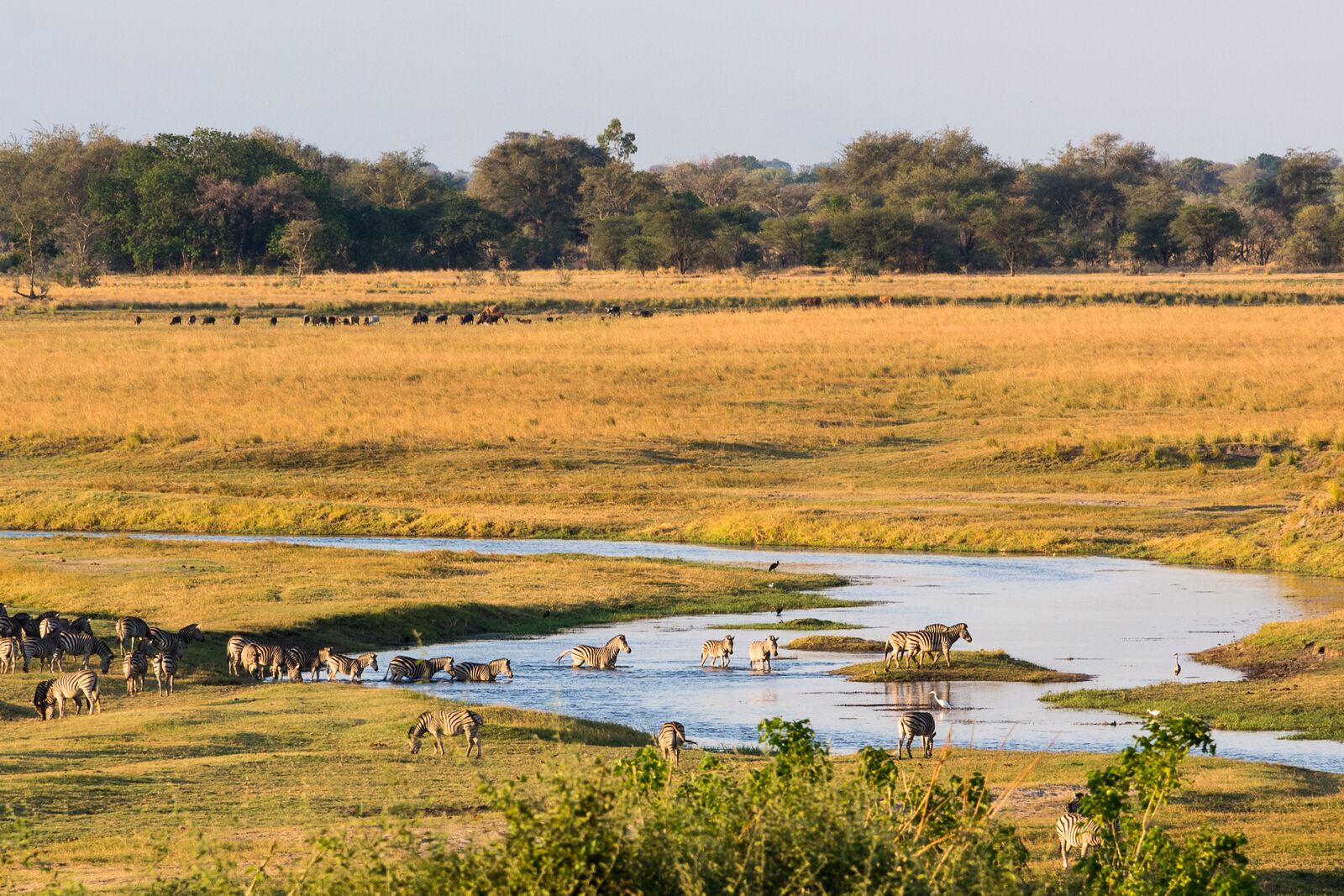 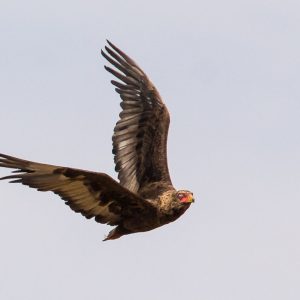 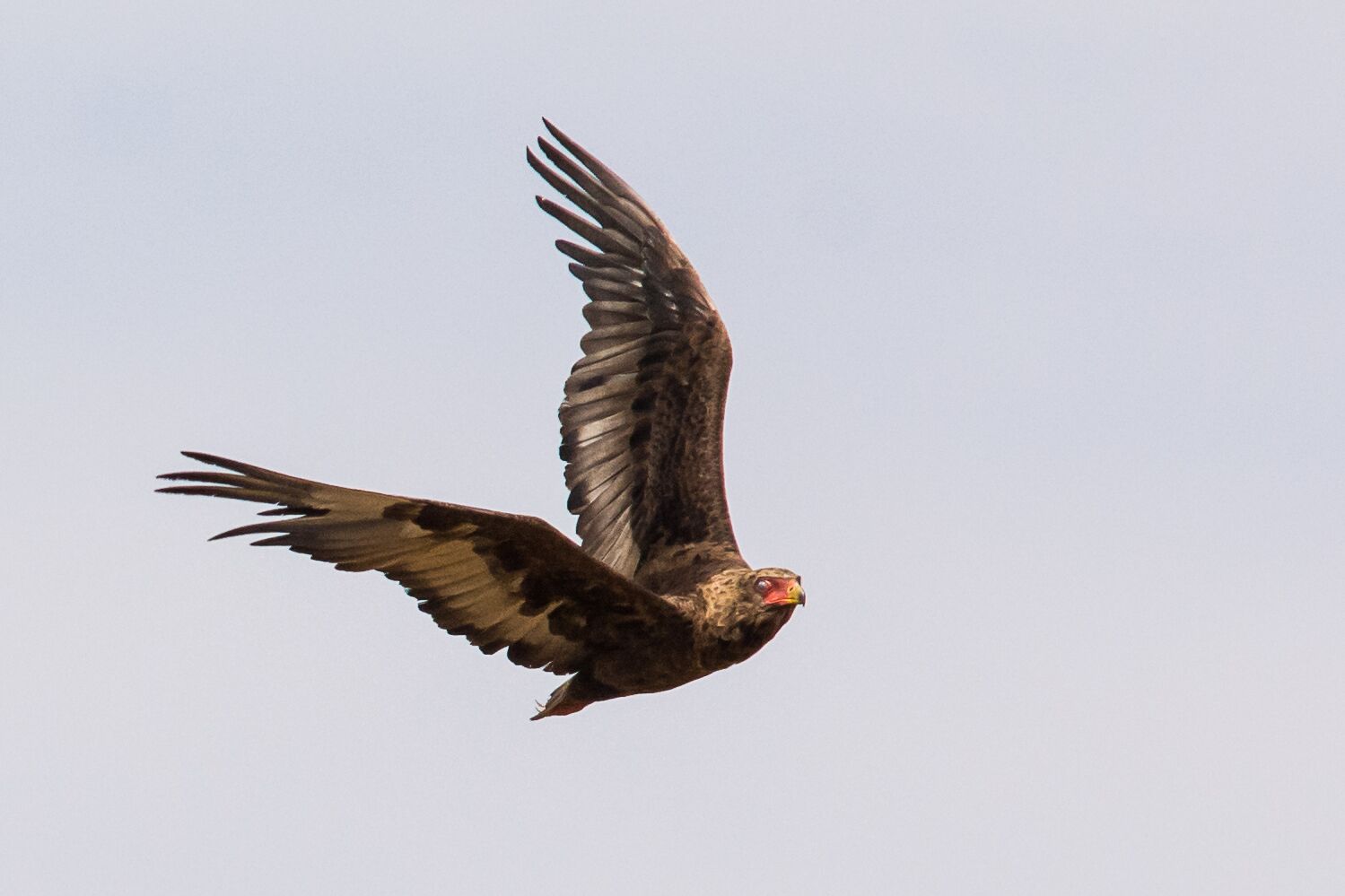 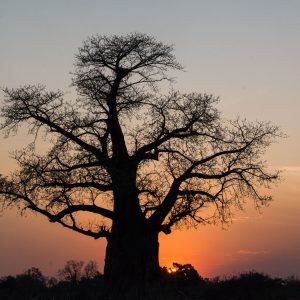 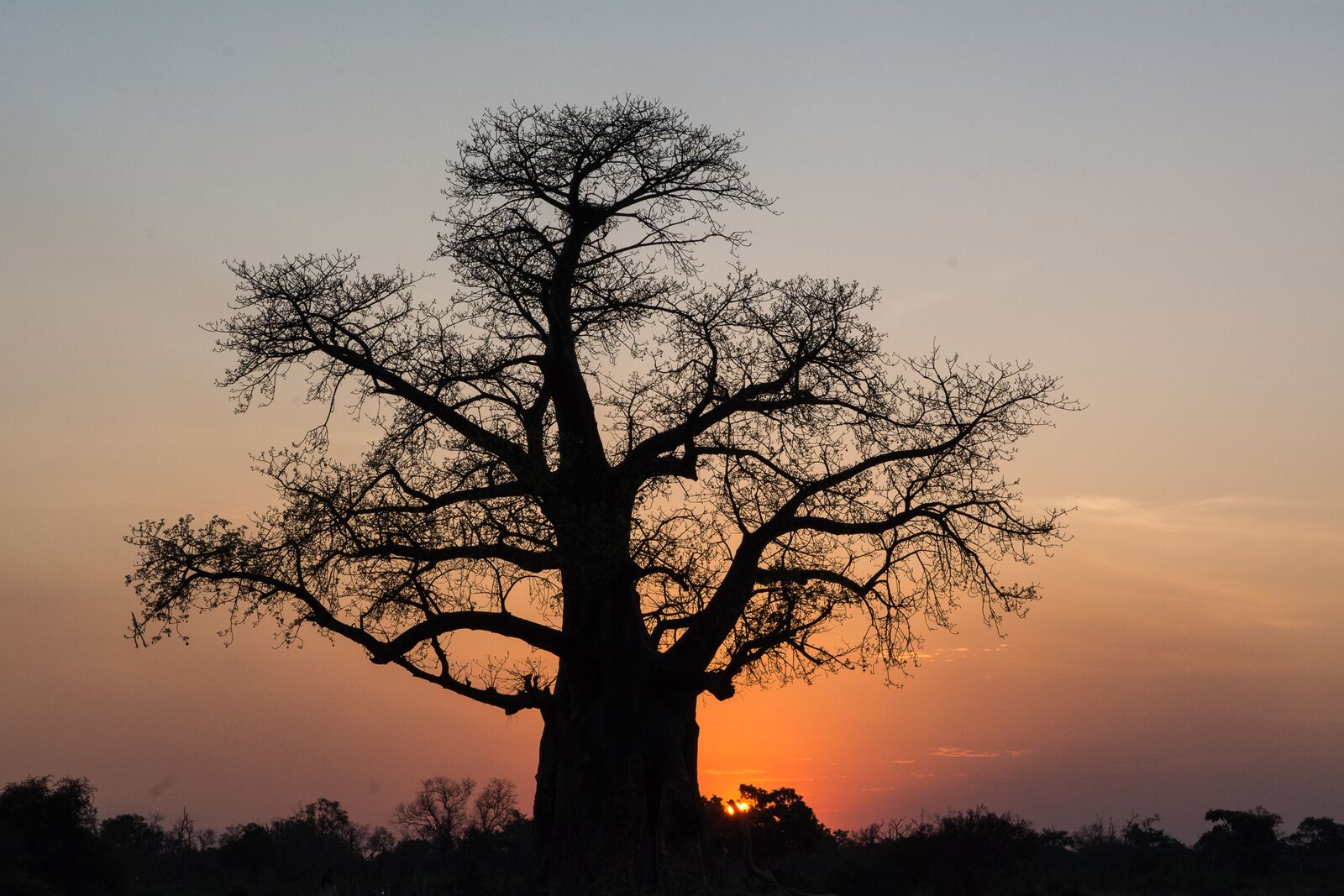 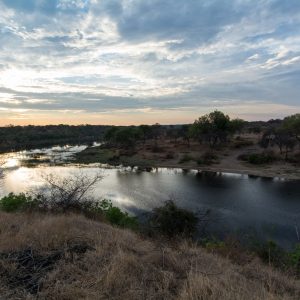 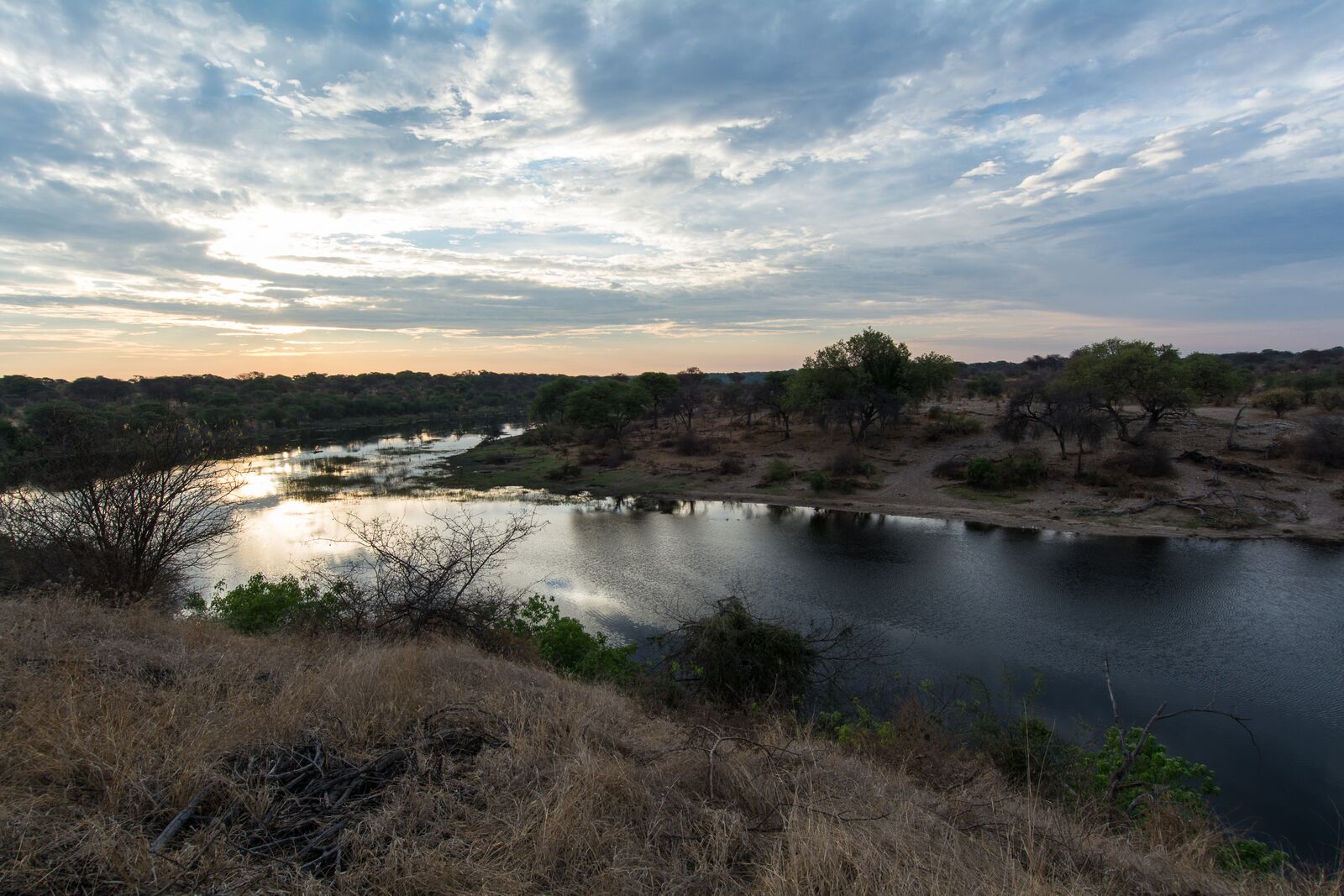 After breakfast and our pre-night accommodation in Victoria Falls or similar we travel across the border to Kasane, a small and bustling town right on the edge of the Chobe National Park. Here wildlife roams freely in profusion and diversity. It is home to the largest concentration of elephant in Africa, while other game consists of large herds of buffalo, puku, lechwe, bushbuck and kudu. Other significant species such as lion, leopard, wild dog, sable and roan antelope are encountered in many areas of the reserve. In the afternoon embark on a guided Chobe sunset cruise along the National Park to experience the multitude of game species found along the banks of the Chobe River.
Overnight at Chobe Marina Lodge

Shortly before sunrise, we enjoy a warming cup of coffee or tea before departing on an optional open vehicle game drive into the Chobe National Park. On this excursion, we experience the plethora of rich fauna and flora of the Chobe National Park, Botswana's richest Wildlife Reserve. We have the opportunity to encounter carnivores such as lions, hyena and leopard. The highlight, however, is the rich and dense elephant population, for which this National Park is known all over the world for. From the edge of the Chobe River, you are also able to spot hippo and crocodiles warming up to the first rays of light. Antelopes such as Lechwe, Roan or Waterbuck to name a few can likewise be spotted quenching their thirst along the river banks. After returning to the lodge we enjoy a sumptuous breakfast before continuing our safari in a southerly direction to the mesmerising region of the greater Makgadikgadi and Sowa pans, the most significant inland clay pans on Earth. During an afternoon nature drive (weather permitting) we experience this geological phenomenon of bizarre beauty. The remoteness and inaccessibility all add to the mystique and also explain why these pans represent one of the major highlights found in Botswana.
Overnight at Nata Lodge or Pelican Lodge (Breakfast)

After breakfast, we travel to Maun, where we spend the night a short distance north of the town on the banks of the Thamalakane River before departing to the Moremi Game Reserve the next day. Maun is the starting point for most expeditions into the Okavango Delta and as a result, has developed into a bustling metropolis that is considered Botswana’s tourism capital.
Overnight at Thamalakane River Lodge (Breakfast)

Day 4 - Kwatale Konzession
After an early continental breakfast, on the banks of the Thamalakane River, we leave the Thamalakane River for our Camp located in a private concession area adjacent to the Moremi Game Reserve. After checking in we embark on an extensive PM game drives through the private Kwatale concession in search of predators and a range of other animal species such as Elephant and antelope hat move freely between the concession and the bordering Moremi Game Reserve. After exploring this unique wildlife sanctuary we enjoy a memorable dinner under the star lit African sky.
Overnight at Tuskers Safari Camp (Breakfast, lunch, dinner, including bush sundowner)

After an early breakfast, we again head out in open game viewer vehicles for a full days game drive through the Moremi/Khwai Concession or Xini Lagoon (pending on current water levels in the respective areas), one of the world's most famous game concessions. Together with the Moremi Game Reserve these areas cover more than 4871 square kilometres of pristine wilderness, and its varied terrain includes savannah, winding waterways, and thick forest. This diversity supports an incredibly wide spectrum of wildlife, ranging from large herds of buffalo, wildebeest and zebra, to the rare sitatunga and lechwe antelope, all these attracting lion’s, cheetah, leopard and packs of wild dog into the open grasslands. The birdlife is prolific and includes most of the 550 bird species recorded on the Botswana national bird list.
Overnight at Tuskers Safari Camp (Breakfast, picnic lunch, Baobab bush dinner)

We depart the water-rich region of the Okavango Delta and travel towards Ghanzi, which is situated in the heart of the Kalahari Desert. Here we reach a private Game Reserve just a short distance from Ghanzi. At the lodge, we have the option of taking part in an optional Game drive or guided walk guided by local Bushman.
Overnight at Tautona Lodge (Breakfast)

An early morning departure takes us from Ghanzi back to Namibia and the Kalahari Desert. This desert is highlighted by its red sand and grass-covered parallel dune belts and stretches across nine different African countries, in addition to that being the earth's largest ocean of sand. On our route, we travel through Gobabis, which is the centre of the most important cattle breeding region of Namibia. This is marked by a huge statue of a bull when entering the town. The afternoon we spend relaxing by the pool or strolling through the bush landscape littered with camelthorn trees surrounding the lodge. The evening and safari are closed off with a typical Namibian "braai".
Overnight at West Nest Lodge (Breakfast, dinner - traditional Namibian “braai”)

After breakfast, we travel onwards to Windhoek. We are dropped off at our accommodation of choice, and our tour ends. Alternatively, our guide will take us to the international airport for our outbound flight.
(Breakfast)

Note: Same day flight departures out of Windhoek International are only possible after 19h00